The Vice President and his wife, Oludolapo, on Saturday, voted at his Victoria Garden City polling unit during the presidential and National Assembly elections. 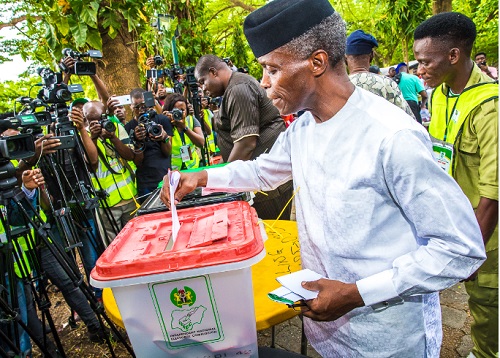 Vice President Yemi Osinbajo and his wife Dolapo Osinbajo have voted in the presidential election on Saturday at the Code 33, Unit 2, Victoria Garden City (VGC), Lagos.

Voting commenced at 10:34 a.m., due to late arrival of officials of the Independent National Electoral Commission (INEC).

Speaking with newsmen shortly afterwards, Osinbajo expressed optimism that the exercise would be fair, credible and peaceful.

The unit had witnessed early arrival of voters who started filing out at 5 a.m.

Voters are orderly seated while waiting for voting to commence.

Popular Nigerian actress, Omoni Oboli, was on ground coordinating voters as they arrived in order to maintain orderly exercise when voting commences.
See more photos below: 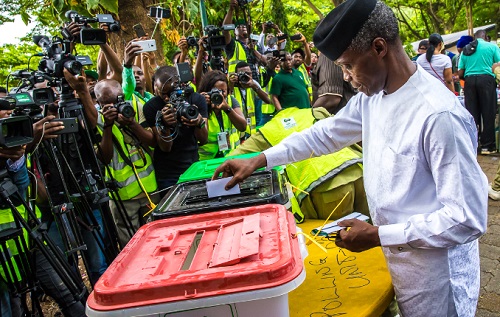 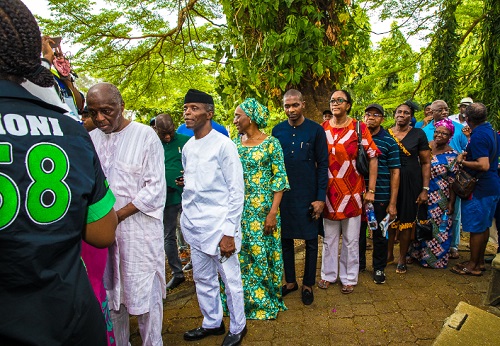 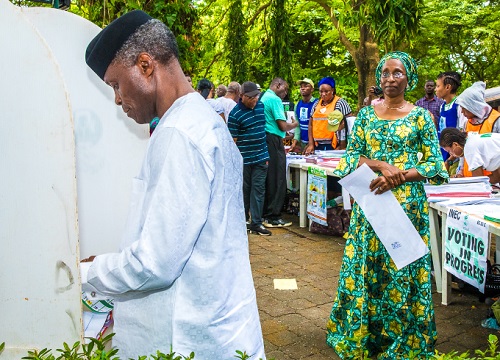