The mammary glands of the African star, Moesha Boduong looked greasy and attractive in her new set of pictures uploaded on social media. 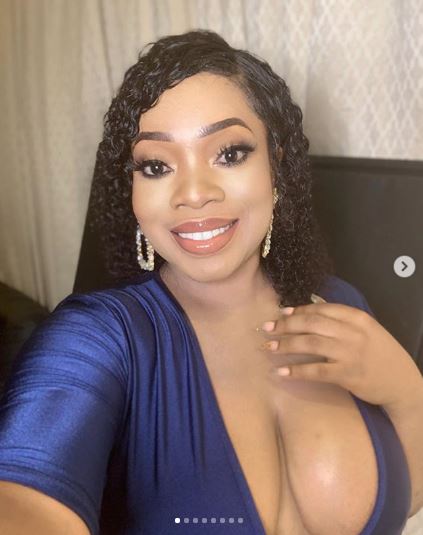 Moesha Buduong
Away Bus Movie Star actress Moesha boduong attempts to break the internet in new super raunchy sexy photos.
The controversial actress had taken to her Instagram page moments ago to share photos of her rocking a blue cleavage baring dress which puts on display lots of her big ample assets.
In sharing the photo, Moesha said most of her enemies are people close to her ,while her biggest fans are totally strangers.
"Your biggest fan is a stranger, your biggest hater is someone you know, give value to the strangers, they'll make you rich" in her words. 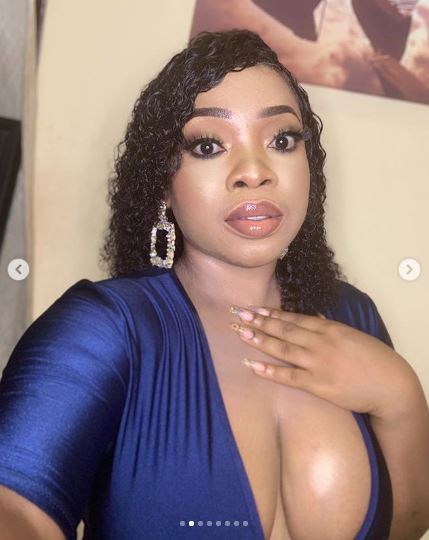 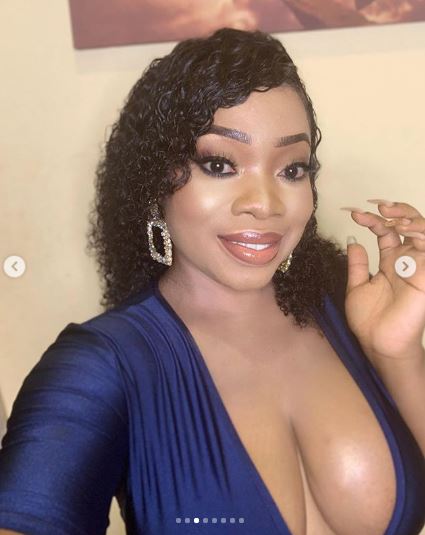 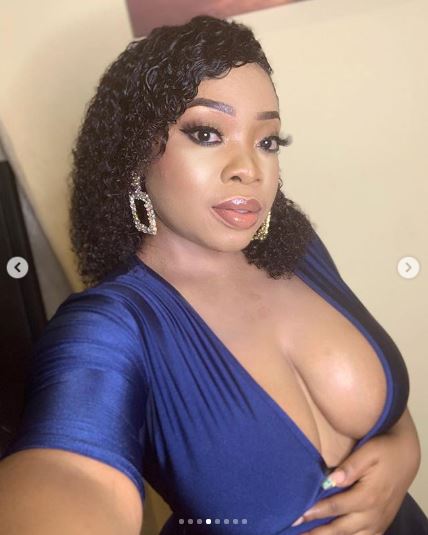 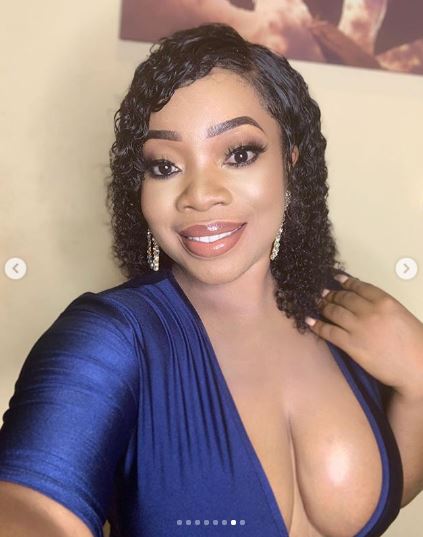