A man who has been sleeping with the step-daughter has been caught red-handed and disgraced in Delta state. 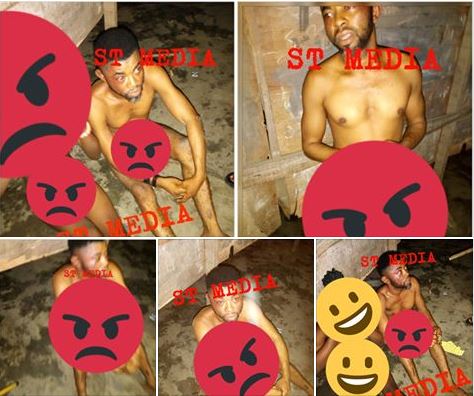 Ozegbe after he was caught
A Nigerian man identified as Emmanuel Ozegbe who has been sleeping with his step-daughter, has been given the disgrace of a lifetime after he was caught red-handed.
Ozegbe confessed according to journalist, Sapele Oghenek that he has been sleeping with the step-daughter for the past 8 years and has been threatening to kill her with juju if she tells anyone.
It was revealed that the man started sleeping with the girl when she was 8 years and now she's 16 and didn't stop until he was caught.
He was exposed after he asked the girl to come to the usual guest house where he normally sleeps with her without knowing that the girl had contacted human rights team.
They waited patiently before swooping in on him after he had removed his cloth for action.
See more photos below: 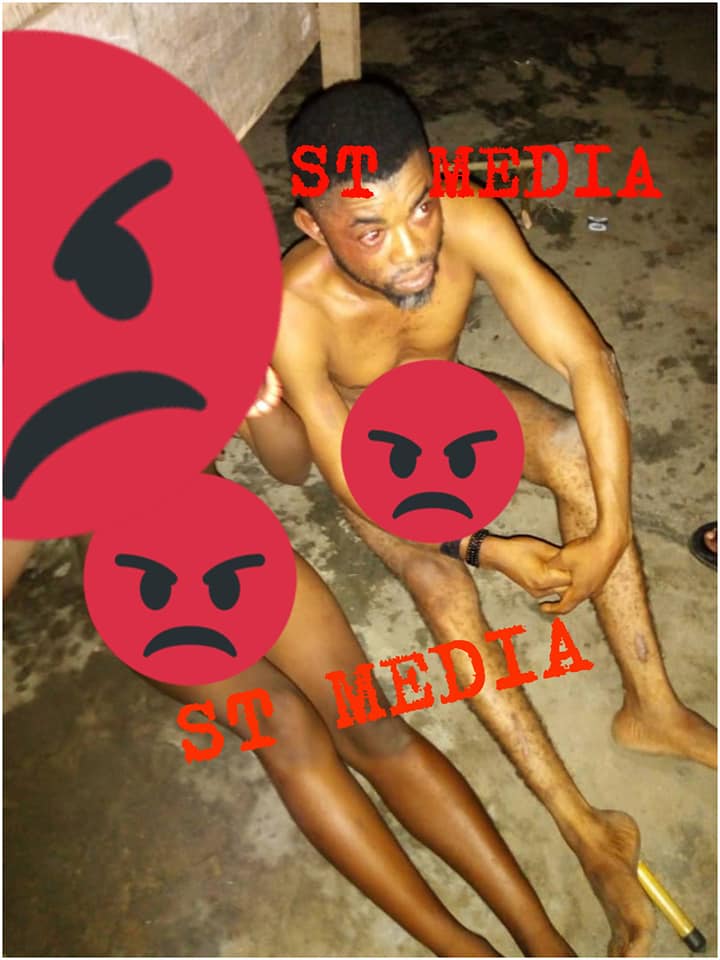 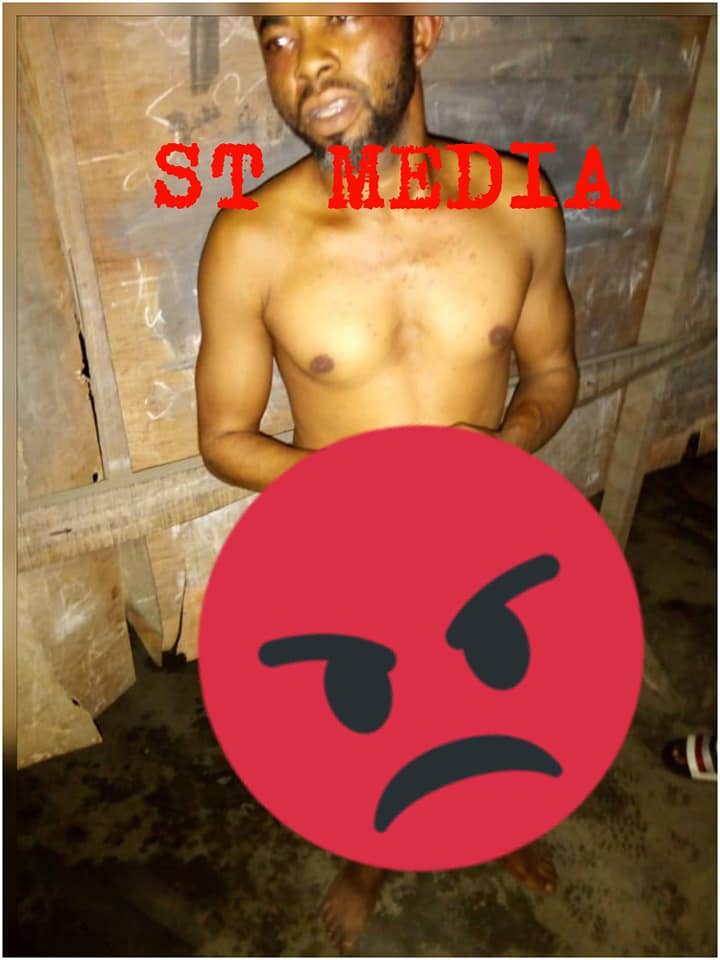 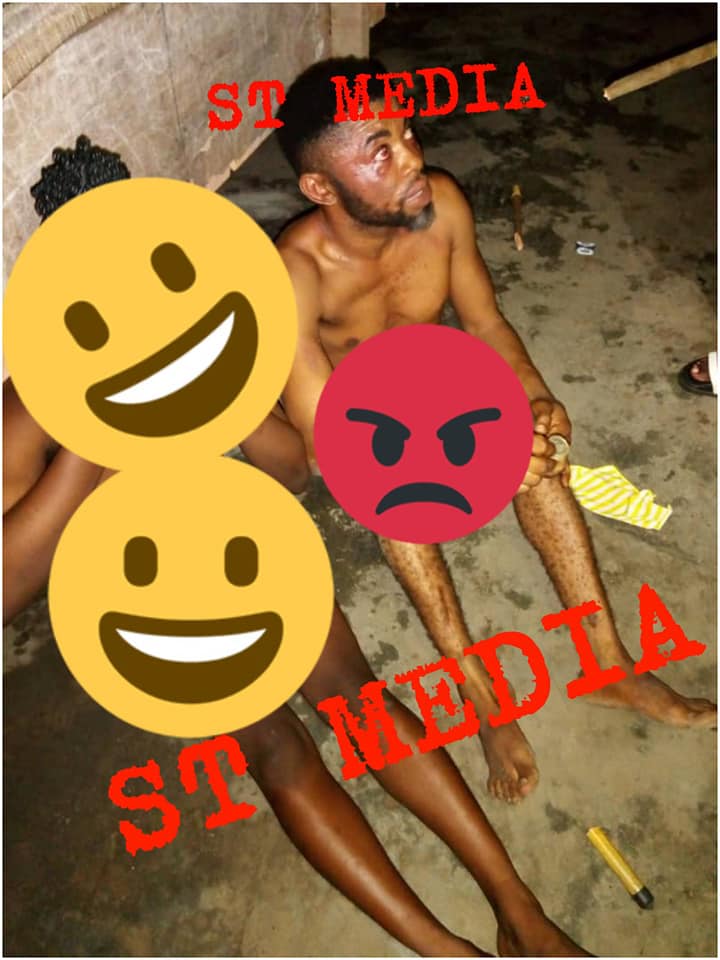