Graphic Photos Of Thief Burnt To Death In Nekede


A thief has paid with his dear life after he was caught stealing in Nekede area of Imo state. 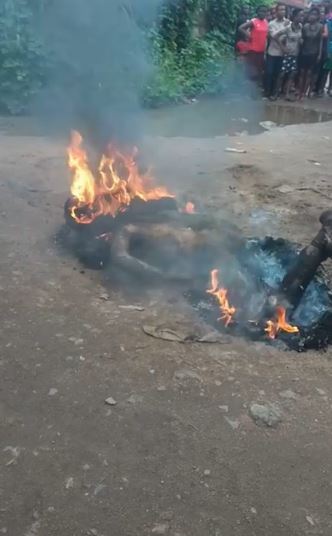 The thief burnt by a mob
An angry mob has set a man ablaze after he was reportedly caught stealing.
It was gathered that the criminal who has been terrorising students at night around the back gate of Federal Polytechnic, Nekede was caught and burnt after receiving serious beating from the mob.
See photos below: 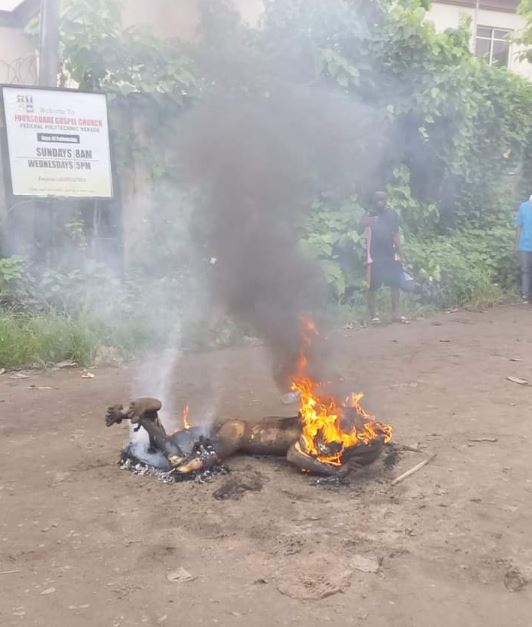 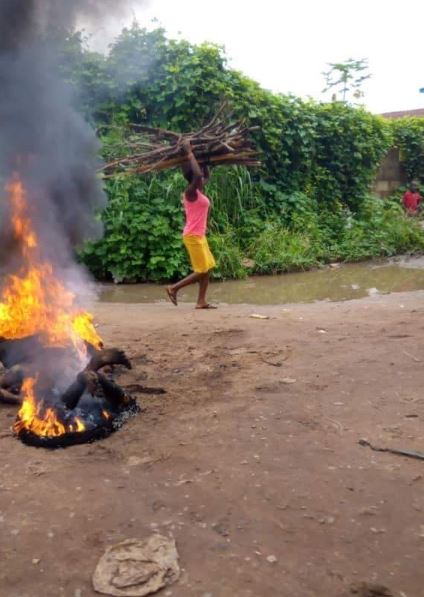 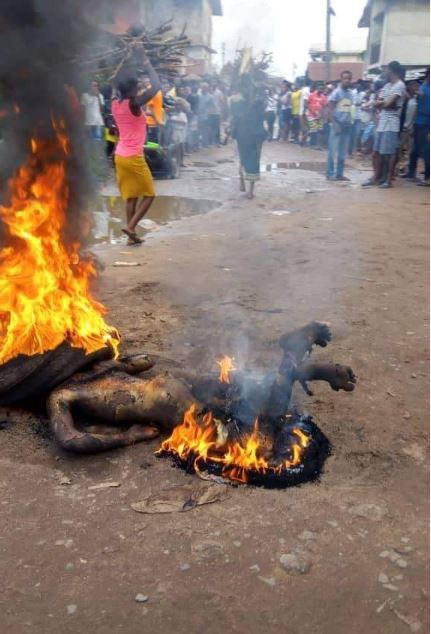