This is a fact check on the recent video of Chris Oyakhilome, telling his congregation that men are superior to women. 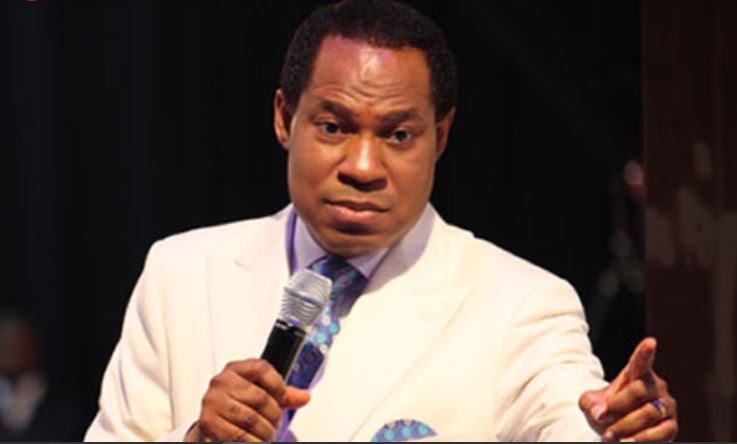 Chris Oyakhilome
A video of the Senior Pastor of Christ Embassy Ministries, Chris Oyakhilome, telling his congregation that men are superior to women went viral on Thursday, sparking outrage on social media.

Checks by The PUNCH however revealed that the video clip was from a sermon Oyakhilome reportedly gave almost three years ago.

The church had published the message titled, ‘Who is a husband and what is his role?’ on its Facebook page, Christ Embassy.Org Online Missions, on September 4, 2016.

According to Oyakhilome in the video clip, most women are not successful in marriage because they do not have an idea who men are.

“Now, you think he is the one that needs to understand his wife; that is where you are wrong. He will, but not until you know who you have married.

With the re-emergence of the sermon, Nigerians on Twitter criticised Oyakhilome, with some describing his teachings as “misogynistic.”

A member of the House of Representatives representing the Egbeda/Ona Ara Federal Constituency in Oyo State, Mr. Akin Alabi, weighed in and said Oyakhilome should stop teaching “heresy.”

“A wife is an equal partner. The husband is not a master. Stop teaching rubbish, Pastor Chris,” Alabi said via his Twitter handle @akinalabi.

Another Twitter user with the handle @queeninghere said, “Pastor Chris said husband doesn’t mean the male partner in a marriage, it means master. He just implied that wives are slaves.

“It’s sad how religious leaders sanctify social constructs like misogyny and the oppression of women.”

Oko Emmanuel with the handle @Ukie_Emma also wrote, “We all know Pastor Chris said nothing wrong. It’s biblical and he didn’t quote the Bible wrongly. It’s the truth he said.”

Another commenter, @thorpland, said, “Pastor Chris stated what was written or what we have been told and you don’t expect him to change it to please us.”

The DAI Country Director for Nigeria, Dr Joe Abah, wrote via his Twitter handle, @DrJoeAbah, “Whatever Pastor Chris likes, let him say. My madam is as much my master as I am hers. I am ‘baby boying’ in my house. Come and beat me.”
***
Anaysis by Punch Metro
Top Stories