The Gunners have confirmed the capture of the Ivory Coast international from Lille - who has signed a five-year contract. 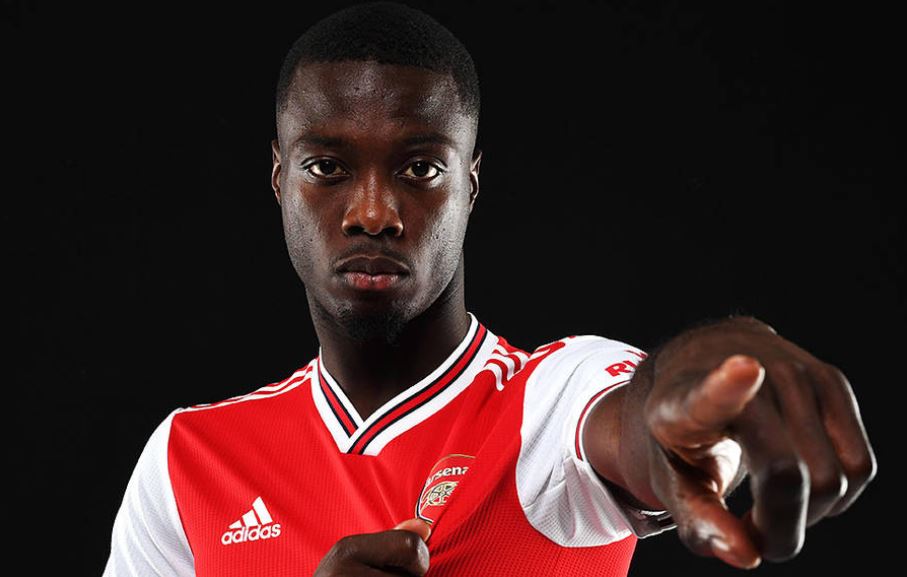 Nicolas Pepe
Arsenal have confirmed the signing of Nicolas Pepe in a £72 million ($87m) deal.
The Ivory Coast international becomes the club’s fourth signing of the transfer window and the deal smashes the club’s transfer record, which was previously set by Pierre-Emerick Aubameyang’s £56m ($68m) move from Borussia Dortmund in 2018.
Pepe has been in England since Tuesday morning when he travelled to Arsenal’s training centre at London Colney to undergo a medical and meet his new team-mates.
And - despite a slight delay in finalising the paperwork - the Gunners have officially announced the capture of the 24-year-old from Lille.
"Nicolas is a highly-rated and talented winger who was wanted by many of the top teams in Europe," said Arsenal boss Unai Emery.
"Signing a top-class winger has been one of our key objectives in this transfer window and I'm delighted he's joining.
"He will add pace, power and creativity, with the aim of bringing more goals to our team."
Pepe’s arrival will be a massive boost to Unai Emery, who has been desperate to bring in a winger who will be able to offer genuine support for Aubameyang and Alexandre Lacazette in the final third.
Arsenal did try to bring in Wilfried Zaha from Crystal Palace, but saw a £40m ($49m) offer knocked back by the south London club.
A second bid was expected, with Zaha keen on a switch to the Emirates, but Palace refused to budge on their £80m ($97m) valuation and were not interested in a deal that would be structured over a number of years.
So Arsenal turned their attention to Pepe, who scored 22 goals for Lille last season and contributed 11 assists.
The Gunners fought off strong competition from Napoli for the winger and it is believed they will pay an initial fee of £20m ($24m) up front before paying off the remainder of the £72m price tag over the five-years of Pepe’s contract.
Pepe follows Gabriel Martinelli, Dani Ceballos and William Saliba through the door at Arsenal this summer.
The Gunners will now look to finally strike a £25m ($30m) deal with Celtic for left-back Kieran Tierney, having already seen two bids rejected by the Scottish champions for the 22-year-old.
Arsenal are also hoping to add another centre-back before the transfer window shuts next Thurdsay, with Laurent Koscielny expected to seal a move back to France and the club open to offers for Shkodran Mustafi.
Top Stories