The outcome was shocking, with Ruiz entering the fight as a late replacement for Jarrell Miller. 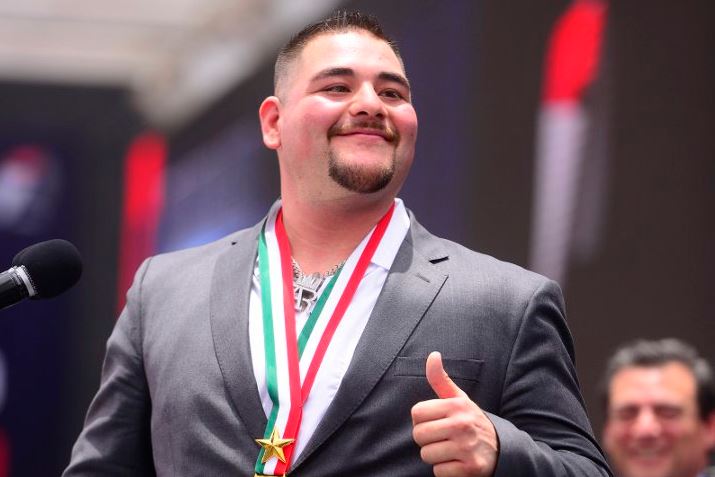 Andy Ruiz
WBA, WBO, IBF, IBO heavyweight champion Andy Ruiz is expecting the details of his rematch with Anthony Joshua to be revealed in the very near future.
Back in June, at Madison Square Garden in New York City, Ruiz dropped Joshua four times before the contest was waved off in the seventh round.
The outcome was shocking, with Ruiz entering the fight as a late replacement for Jarrell Miller, who was pulled from the bout after testing positive for performance enhancing drugs.
It didn't take long for Joshua to exercise an immediate rematch clause.
While Ruiz is very defiant about the option of facing Joshua in the UK, the British star's promoter, Eddie Hearn, maintains that his boxer will ultimately decide the location. At the moment, it appears that Principality in Cardiff is the frontrunner to host, and Hearn admits Ruiz is not on board with going there.
“What’s going to be next is the rematch between me and Anthony Joshua. We’re still negotiating, but there’s definitely going to be the rematch this year: exciting fight,” Ruiz in an interview with Joe Rogan.
“It’s going to be in December, sometime in December. It’s going to come out pretty soon."
He didn't have a lot of time to prepare the first time around. This time he intends to take the training camp more seriously.
“I think what we’re gonna do, we’re getting a big house in Mexico, somewhere in the nowhere. We’re gonna have a closed camp. We’re just gonna be really focused for this fight. We’re not underestimating him. We just got to work hard and do it again. Show people what I’m capable off,” Ruiz said.
“I don’t think we’re going to be changing too much stuff. As long as there’s training, we have the good sparring. Just exactly what we did for the last fight, just more intense.”
Top Stories