Princess Shyngle is fast becoming a social media sensation courtesy of the sultry contents she has been brazenly uploading. 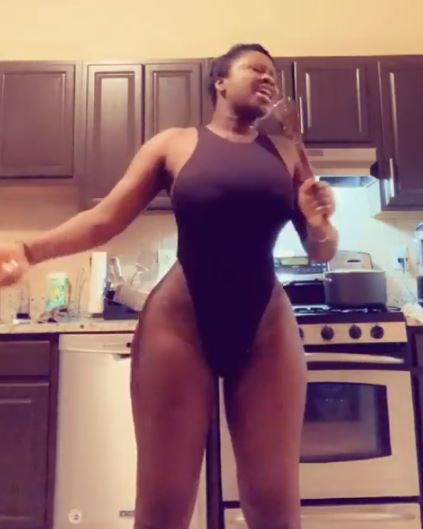 Princess Shyngle
Ghana-based actress of Gambian descent, Princess Shyngle turned her kitchen into a studio today while she was cooking.
She converted a spatula (turning stick) into a microphone and tried to mime Mariah Carey's "We belong together" song while she was scantily-clad.
Princess Shyngle who could be regarded as one of the leading slay queens on social media gained fame with her tiny waist which has raised eyebrows.
"I think I’m the only person in the planet that cooks in her man house wearing a body suit and performing with a wooden spoon‚ but hey I always ginger myself when I’m in the kitchen," she teased herself. 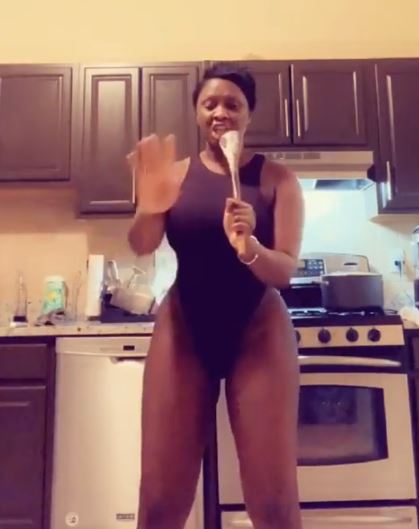 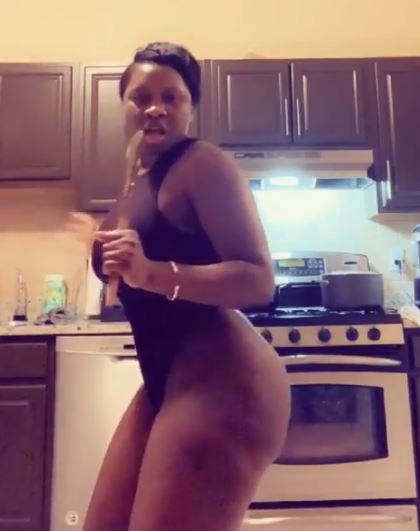