A strange animal terrorizing livestocks in Akwa Ibom has been killed by residents of the state. 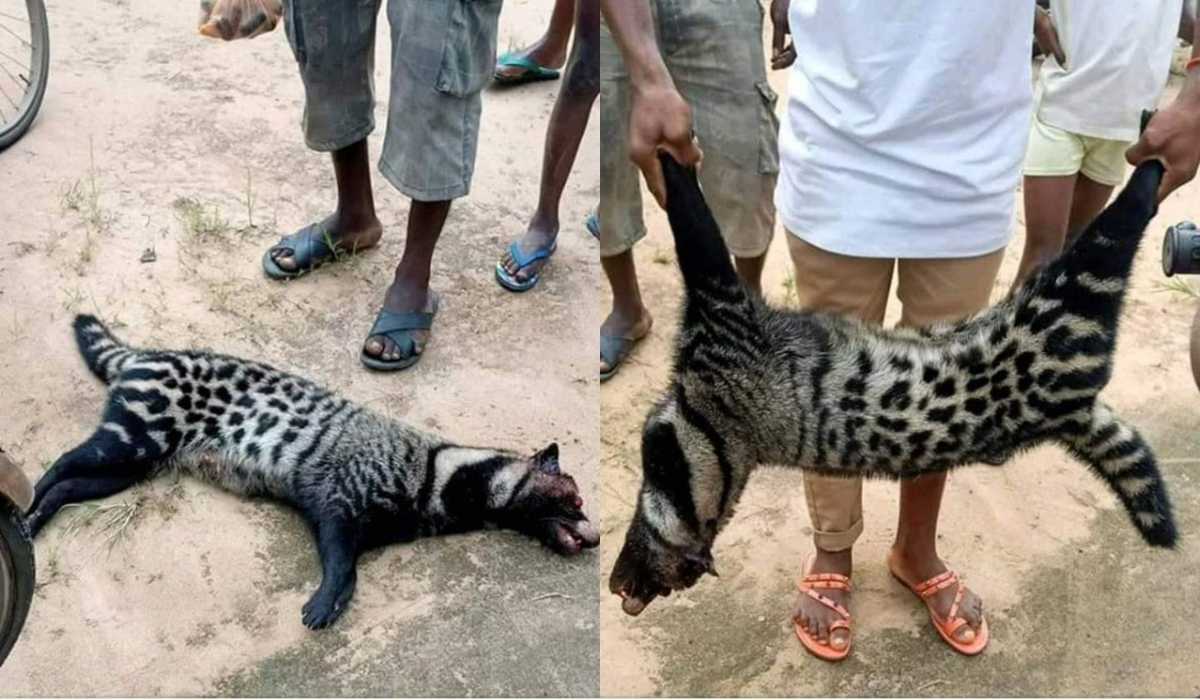 The African civet cat after it was killed
A strange animal, later discovered to be an African civet cat has been killed by residents of Akwa Ibom.
It was gathered that the animal had been terrorizing and eating all their chickens.
After killing the animal, a resident of Ikot Akpan Anwa in Akwa Ibom took to social media to share the photos.
Social media user, Mfon Japhet shared pictures of the animal killed by the residents in Akwa Ibom, and wrote:
"I was in the village today (Ikot Akpan Anwa) and this terrorist was killed by my boys.
Our fowls can now move about freely in search of feed.
Uwak-mfon Raphael the Great wildlifer, please what’s the name of this animal??" 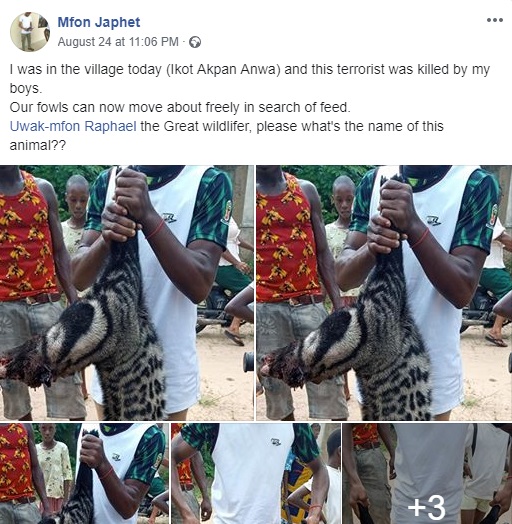