A video has reportedly shown the moment sisters of a bride were caught twerking on the groom to test his faithfulness. 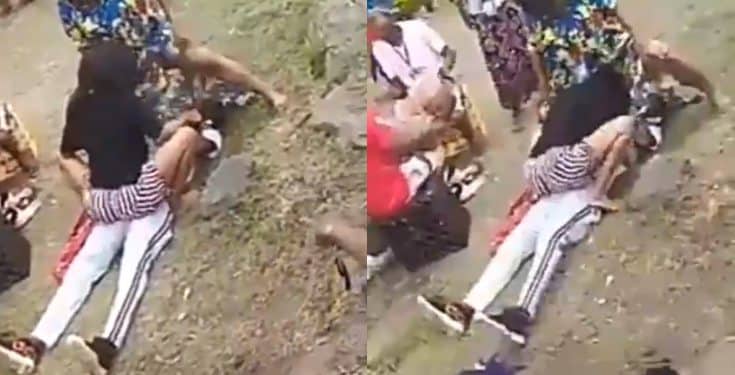 The sisters of the bride twerking on the groom
The sisters of a bride have taken an unconventional means to test the faithfulness of their sister's soon-to-be husband by  twerking on him while she watched.
It was gathered that the intention was to see if he will get an erection or if he can exercise restraint.
According to online reports, the act is a traditional marriage rite performed in Cameroon to test a groom’s ability to stay faithful to his bride.
The groom’s prospective sisters-in-law will perform various twerk styles on him. If he gets an erection, it means he has failed and will not be given the bride’s hand in marriage.
Watch the video below:
Top Stories