A fatal car crash occurred in Port Harcourt yesterday involving a lorry and an SUV jeep, leaving one dead and several injured 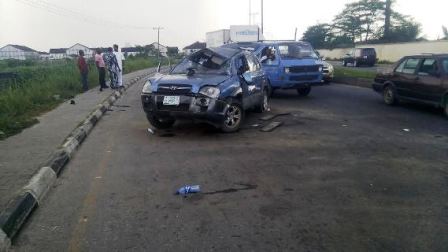 A horrific motor crash occurred in Port Harcourt on Sunday, November 29, involving an SUV and lorry around Eliozu and Airforce axis.
Eyewitnesses revealed that an SUV was on top speed at a bend trying to negotiate the road with a lorry which did not give way to it.
As they were dragging on the road, the SUV skid off the road and Somersaulted several times, leaving the occupants of the vehicle injured and one dead.
Be warned, graphic photos from the incident 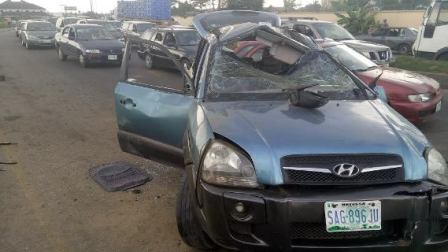 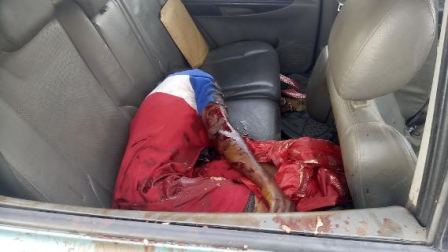 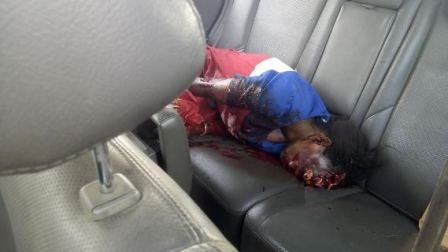 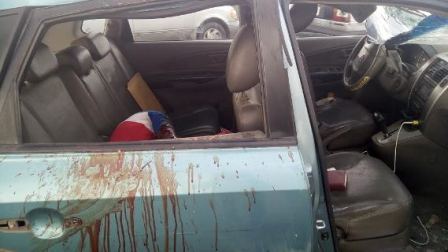