Governor Abdullahi Sule of Nasarawa State has sacked the Secretary to the State Government, Aliyu Ahmed-Tijani. 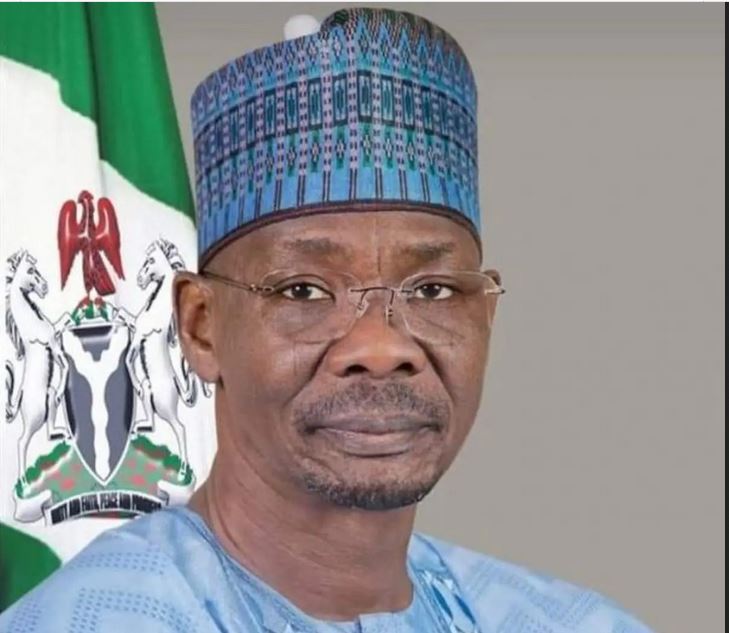 Governor Abdullahi Sule of Nasarawa State has terminated the appointment of Aliyu Ahmed-Tijani as the Secretary to the State Government.

Ahmed-Tijani served as the Commissioner for Education in the administration of Governor Sule's predecessor, Umaru Al-Makura. An investigation carried out by the current members of the state House of Assembly, indicted him for alleged misappropriation of N1 billion education fund while he served as the state's Commissioner for Education. The lawmakers advised the state governor to sack Ahmed-Tijani and also demanded he returns N248.5 million to the state.

Governor Sule on Monday, bowed to the lawmaker's wishes and has ordered the termination of Ahmed Tijani's appointment.  His decision was conveyed in a statement released by the Permanent Secretary of the Government House Administration, Hamza Gayam, today June 8. 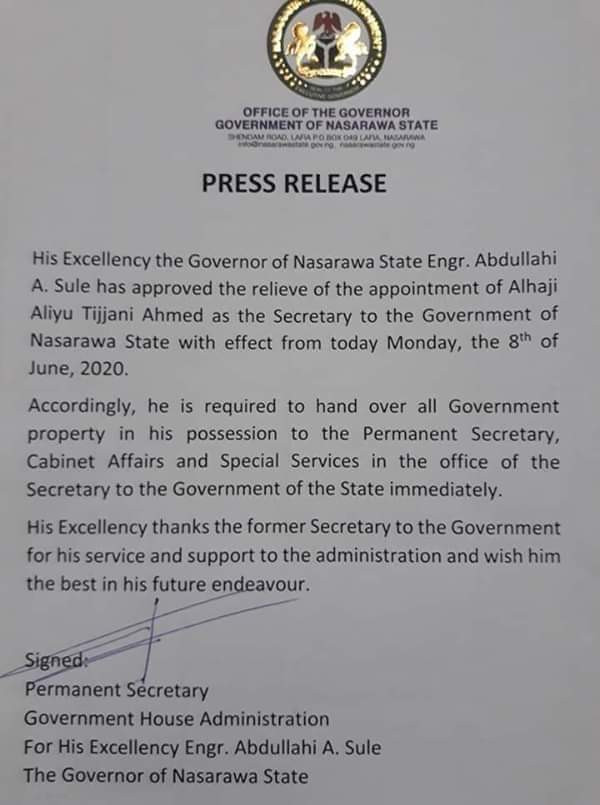