In a statement issued in Abuja on Wednesday, ECOWAS stated that the military action will impact negatively on the country’s socio-politically. 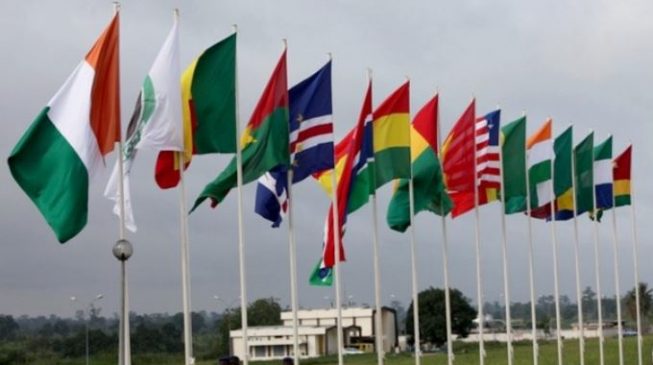 Mali has been suspended from the Economic Community of West African States (ECOWAS) decision making bodies with immediate effect.

ECOWAS decision followed the recent military forceful takeover of government in that country.

Besides, the Coupist have been denied all kind of legitimacy by the regional body, while also demanding the immediate release of President Ibrahim Boubacar Keita who have been in detention.

In a statement issued in Abuja on Wednesday, ECOWAS stated that the military action will impact negatively on the country’s socio-politically.

The regional body also closed all land and air borders, as well as a halt to all economical, trade and financial flows and transactions between ECOWAS member states and Mali, and encourages all partners to do the same;

The statement reads: “Following its statement published during the day of August 18th, 2020, reporting on an on-going mutiny within the Malian Armed Forces, ECOWAS has noted with great concern the seizure of power by Malian military Putschists.

“This seizure of power intervenes within a difficult socio-political context. Indeed, ECOWAS recalls that a mediation process has been on-going during the last two months, with a view to find a solution to this crisis. Following this power grab by Malian military Putschists, this is likely to have negative impact on peace and stability in Mali and in the Sub-Region, ECOWAS.

“Utterly condemns the overthrowing of President Ibrahim Boubacar Kéita’s democratically elected Government;
“Categorically denies any kind of legitimacy to the putschists and demands the immediate reinstatement of the constitutional order;

“Reminds the military their accountability for the safety and security of President Ibrahim Boubacar Kéita and officials arrested;

“Demands the immediate release of President Ibrahim Boubacar Keita and of all official arrested;

“Suspends Mali from all ECOWAS decision-making bodies with immediate effect, as per the Additional Protocol on Democracy and Good Governance, and this, until effective reinstatement of the constitutional order;

“Decides to close all land and air borders, as well as to stop all economical, trade and financial flows and transactions between ECOWAS Member States and Mali, and encourages all partners to do the same.”

Meanwhile, the Soldiers who overthrew Mali’s president in a coup d’état also on Wednesday said they were ready to restore stability and oversee a transition to elections within a “reasonable” period.

Colonel-Major Ismael Wague – a spokesman for the coup-makers calling themselves the National Committee for the Salvation of the People – said they acted to prevent Mali from falling further into chaos.

Wague said, “The social and political tension has undermined the proper functioning of the country for quite a while.

“Mali descends into chaos day by day (with) anarchy and insecurity because of the fault of the people in charge of its destiny. Real democracy doesn’t go with complacency, nor weakness of the s

While inviting the general public to join them in rebuilding the country, Wague assured the people that “We are not keen on power, but we are keen on the stability of the country, which will allow us to organise general elections to allow Mali to equip itself with strong institutions within the reasonable time limit.”

Wague said all international agreements will still be respected and international forces, including the UN mission in Mali and G5 Sahel will remain in place “for the restoration of stability”.

“The coup leaders also remain ‘committed to the Algiers process’ – a 2015 peace agreement between the Malian government and armed groups in the north of the country,” Wague said.