Details have emerged showing that Praise was not voted out by fans but was replaced by Kiddwaya in favour of Wathoni. 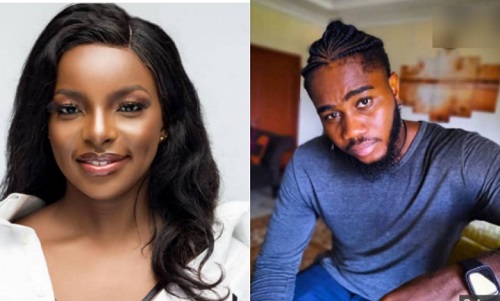 Wathoni and Praise
Big Brother Naija lockdown housemate, Kiddwaya was the one who evicted Praise by replacing him with Wathoni last night, it has revealed.
He has also given reason why he saved Wathoni.
The bottom four housemates of include: TrickyTee, Wathon, Vee and Praise.
After housemates voted, Wathoni and Praise had a tie, 6 votes each, after which Biggie called on the Head of House, Kiddwaya to evict one of them.
Kiddwaya picked Praise to be evicted from the show.
Speaking with housemates after Praise’s eviction, Kiddwaya said he saved Wathoni because he feels she’s an easy bet to be evicted when the show becomes intense.
“Wathoni was saved because most of us feel she’s an easy bet to be evicted, so housemates are saving her now for when the show becomes more intense,” he said.
Top Stories