Nigerian actress Nkechi Blessing is not happy after being called out for doing 'audio giveaways'. 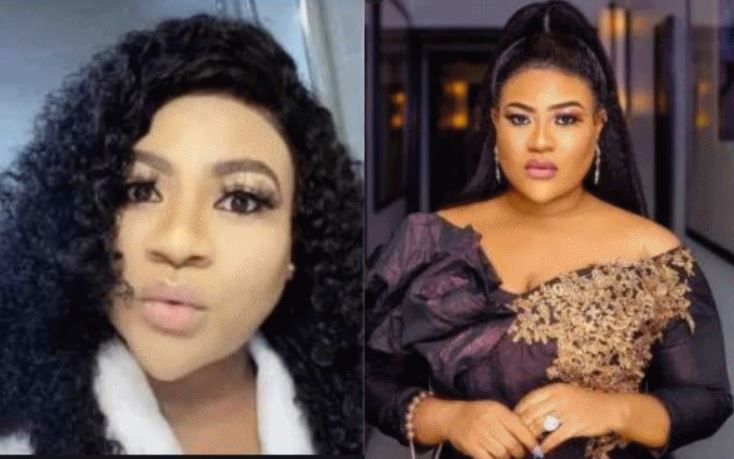 Nkechi Blessing
After being tackled by Nigerians who accused her of always doing 'audio giveaways', Nollywood actress, Nkechi Blessing has cleared the air.
The actress via her social media reacted to claims of faking her giving gesture because they are yet to see who wins the free money she says she has been dolling out.
In the long video, Nkechi Blessing called such claims ‘dumb’ as she refutes the claims;
“I’ve not said a word about this before because it does not make sense. But I think it’s something I need to talk about.
“A lot of people are saying “all of your giveaways are audio.” Is it not stupid? Does it make any sense?”, she asked.
Part of the allegations against her is that she pays the giveaway money into various bank accounts opened with different names but all belonging to her.
The suspicion was drawn when fans noticed that the winners of the giveaways announced by Nkechi Blessing apparently do not exist.
Explaining the absurdity in such thought, Nkechi Blessing wonders how possible it is for her to “go into different banks and open different bank accounts with different names only to win my own giveaway. The people saying it, are they dumb?”, she queried.
She also said that it is impossible for her to “operate over 200 accounts”.
“How can they say ‘you are the one doing giveaways, you are the one winning it” with all the account numbers that are visible and obvious?’
“I did not want to talk about this but it is telling on my reputation, it is like a dent”, she said
Top Stories