An eyewitness and survivor at Lekki toll gate has revealed that a soldier shot him during the protest. 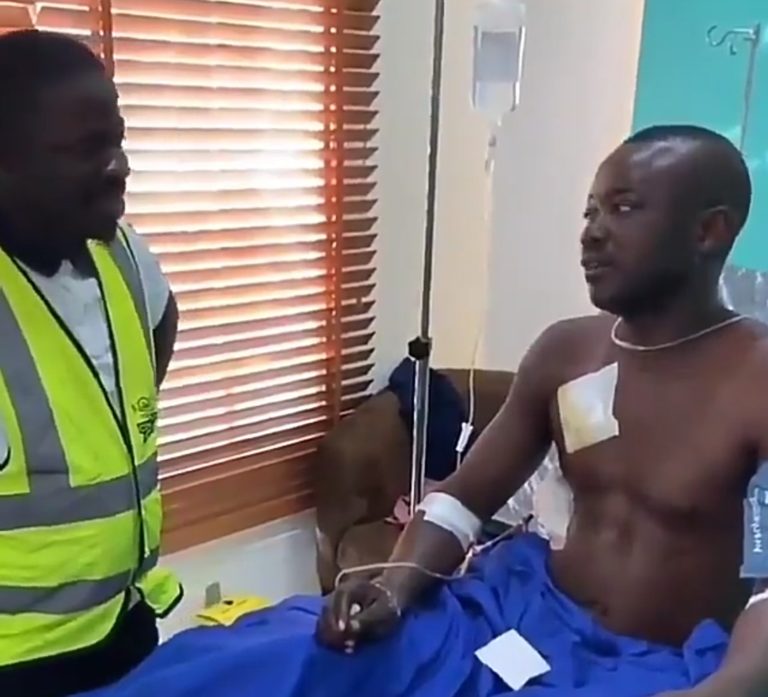 Ogbe
A Nigerian man has narrated the story how he escaped death after a soldier shot at him during protest.
It was gathered that Anthony Ogbe was among those shot at by soldiers during Tuesday's protest that turned deadly.
The survivor who is receiving free treatment at Grandville Medical and Laser Centre, Lekki, said several hospitals rejected him before he ended up at Grandville.
He said he was shot on the chest and had to be taken to the theatre to be saved.
He said;
“It was a soldier that shot me at Lekki. I was rejected from different hospitals before I got admitted here and my life was saved,” he said.
“They didn’t collect money to treat me; neither do they know my people.
“I was taken to the theatre so that they could bring the blood that is in my chest out, and that is what is passing through this pipe.
“I thought I had died, because my blood was just gushing out like pump. I never knew I would still be alive. We thank God for this hospital. Glory be to God.”
Top Stories