The police are looking for a man who reportedly took a lady to a hotel and killed her. 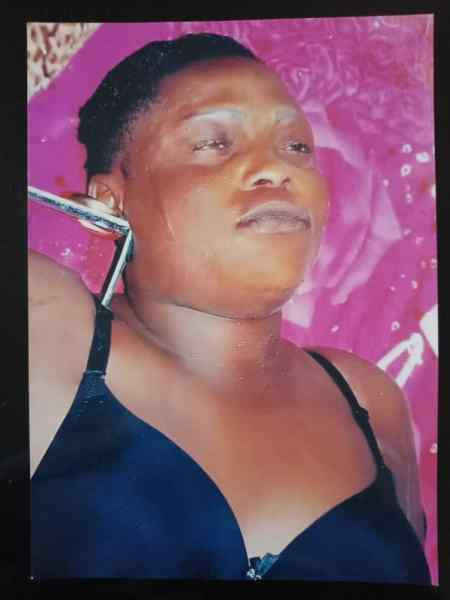 Lady murdered inside a hotel in Kwara
A photo of the woman murdered inside a hotel room has been revealed.
She was reportedly killed and abandoned in a hotel in Ilorin, Kwara State.
According to a statement released by the spokesperson of the state police command, Ajayi Okasanmi, the deceased was said to have lodged at Premium Diamond Hotel, Adewole area, Ilorin with a man who registered with fake name, address and telephone number on May 27.
Okasanmi said the hotel manager, Olalekan Anafi, reported that one Adeboye James of 12, Okelewo street, Ede, Osun State, had on May 27 lodged in the hotel with the deceased but left the hotel the following day without the knowledge of any of the hotel’s staff.
“In the morning of the following day when nothing was heard from the room occupied by the said lodger, a spare key was used to open the room and we were confronted by the dead body of the lady,” Okasanmi quoted the hotel manager to have said.
The police spokesman said an investigation into the incident was already at advanced stage as ordered by the Commissioner of Police, Mohammed Bagega, to arrest the lodger whose name and address as reflected in the hotel’s log book appeared fake.
“This release becomes necessary to enable members of the public whose daughter or female ward is missing since the day of the incident to visit the Homicide Section of the Kwara State Police Command( CID)for possible identification of the corpse for release,” Okasanmi added.
Top Stories