She Used Me for Clout, Some Women Now Sending Me Photos of Their Body For Hookup - Man Discoverd by Tiktok User to be Married Speaks (Video)


Recall that the female TikTok user launched a search for the “bold” man who walked up to her at the beach, introduced himself and gave her his number. 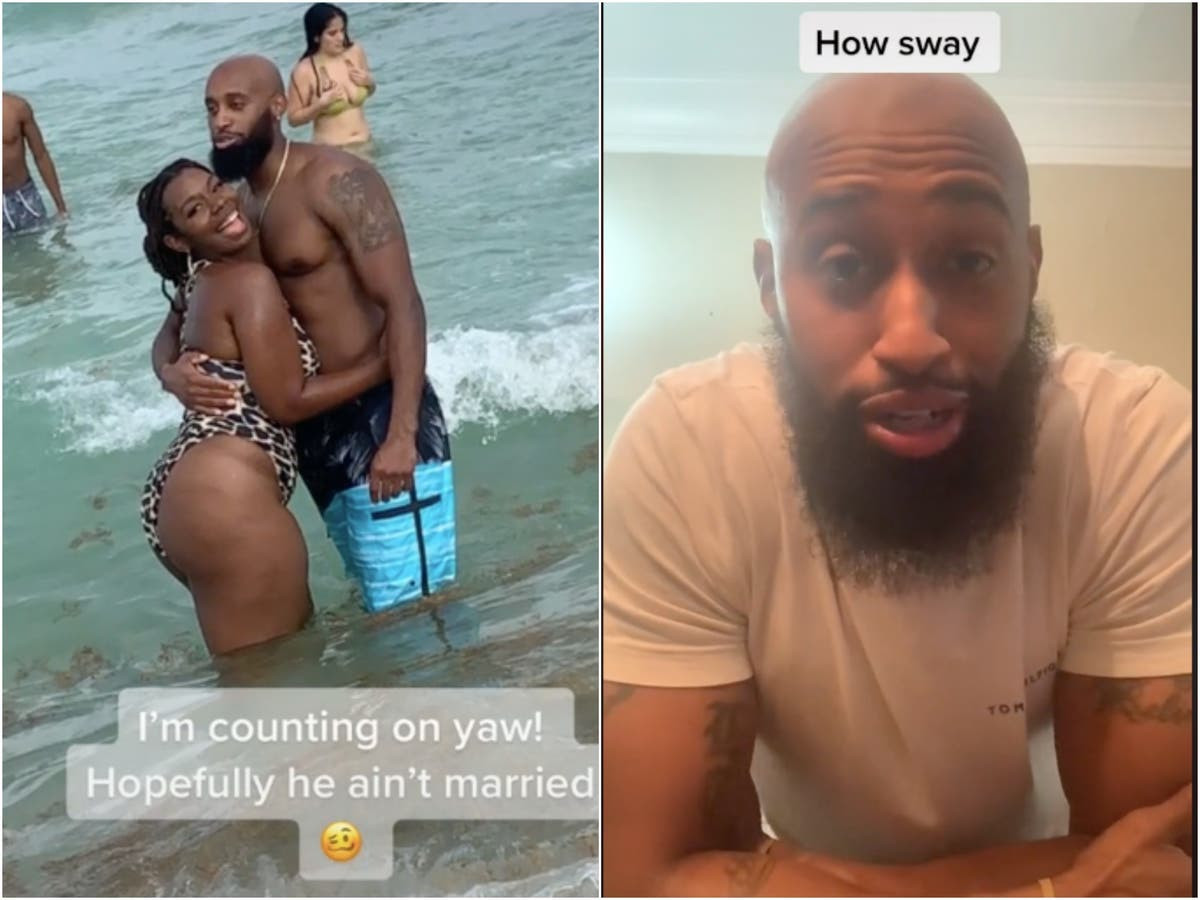 A man accused of walking up to a woman at a beach and giving her his number before it was later discovered that he's married has now stated his own version of the story.
Recall that the female TikTok user launched a search for the “bold” man who walked up to her at the beach, introduced himself and gave her his number.
She turned to social media to search for the man after realizing that she didn’t save his number.
However as the search gained traction, the man’s wife reached out to her and confirmed they are married. She also appealed to the TikTok user not to take down the video as her husband might lie about it.
Now the man has reacted to all the drama.
Reacting to it, the man accused the lady of using him for clout.
He insisted that he was not cheating as their conversation was short and he didn’t get intimate while they hugged at the beach.
Accusing the lady of capping and using him for clout, he added that this happened 5 months ago and he doesn't know anything about her. He maitained that he was only having fun at the beach and has moved on from that since then.
Firing back at some women accusing him of cheating, he alleged that some of them have been trying to hookup with him and sending him photos of their body.
Watch the video below: