The Bundesliga is back in business, and its first match promises us a real spectacle - on January 20, the championship leader Bayern Munich will play against third-placed RB Leipzig. 1xBet is trying to estimate the chances of the participants in this match. 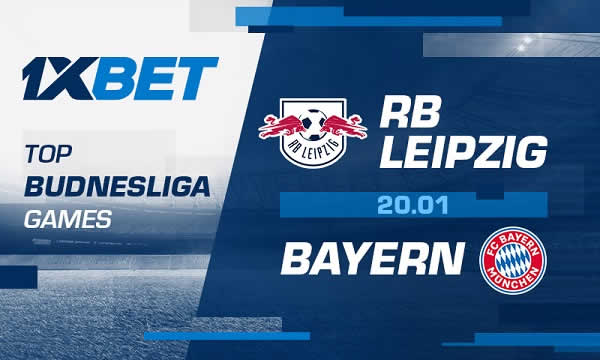 Before the autumn-winter break associated with the World Cup in Qatar, both teams looked like real success machines. Bayern has only one lost game in the season (September 17, 0-1 against Augsburg), and in the last 9 official matches, the team has 8 wins with one draw. It’s even awkward to ask who is number one in the standings, right?

Surprisingly, RB Leipzig left the field defeated for the last time on September 17 - then the team lost 0:3 to Borussia Mönchengladbach. The start of the season for the Bulls was frankly unsuccessful, and then the management quickly changed the coach – instead of Domenico Tedesco, Marco Rose came. The new manager acted like lightning and soon the fans were ready to paint the sky in club colors. The team made impressive progress in the Bundesliga and the cup, got second place in the Champions League group, and even gave Saxony a real holiday, effectively beating Real Madrid at home.

All this is wonderful, but there is one big problem: the general condition of both teams remains a mystery. RB Leipzig and Bayern played their last official matches on November 12 - more than two months ago. And to find out how the World Cup, the holiday season, and the Christmas menu have affected the physical condition of the players, you need to wait until January 20th.

We don't know if it's worth talking about such trifles, but in front of their fans, the Bulls play especially strongly and with great inspiration. True, we are not sure that this will work in the game against Bayern: this squad went through the first part of the season very smoothly and sometimes it seemed that they did not care where to play against the next opponent.

A duel between these players could have been the most significant of the game, but both players are injured, and replacing them in the shortest possible time is as easy as finding 100 euros in the city market. Bayern suddenly realized that Manuel Neuer was out at least until the end of the season, and there was no equivalent replacement - after all, no one planned that after the World Cup, the best goalkeeper in Germany would decide to go skiing and earn a broken leg.
Top forward RB Leipzig and the best sniper in the Bundesliga this season, Christopher Nkunku, missed the World Cup due to injury and will not return to action until at least the end of January. Will Timo Werner and Emil Forsberg be able to replace their teammate? We do not know, but this question makes the most important confrontation in the Bundesliga this season even more intriguing.

You can bet on RB Leipzig vs Bayern here