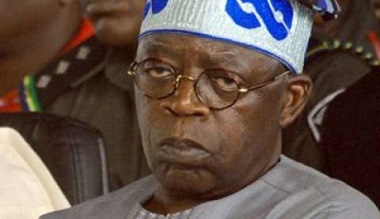 APC National Leader, Bola Tinubu
There are indications that national leader of the All Progressives Congress , Asiwaju Bola Tinubu, might emerge the party's chairman, Board of Trustees, BoT as the party constitutes its BoT on July 20, 2015.

Reports say that this move is to further placate the national leader, who many say is unhappy that his candidates lost out in the Senate president and House of Reps speaker race.

Vanguard reports that most forces in the party may have decided to influence Tinubu's emergence as the chairman, Board of Trustees, BoT of the party, following the board's rectification by the party’s National Working Committee, NWC, last week.

The report further claimed that though former Vice President, Abubakar Atiku is said to be eyeing the portfolio, a party source revealed that the odds favour Tinubu.

"He is not likely to contest the position with anyone else. Many people want him for the office,"  the source said.

However, there are conflicting reports that says many people may not be comfortable with Tinubu occupying the office for the fear of attacking members of the NWC among whom are the National Chairman of the party, Chief John Oyegun, the Senate President, Dr. Bukola Saraki and Speaker, House of Representatives, Yakubu Dogara whose relationship with him has gone awry following the National Assembly leadership election.
Top Stories