Dead bodies littered the Dong district in Adamawa State after the invasion of irate Fulani herdsmen who freely fell locals in large numbers. 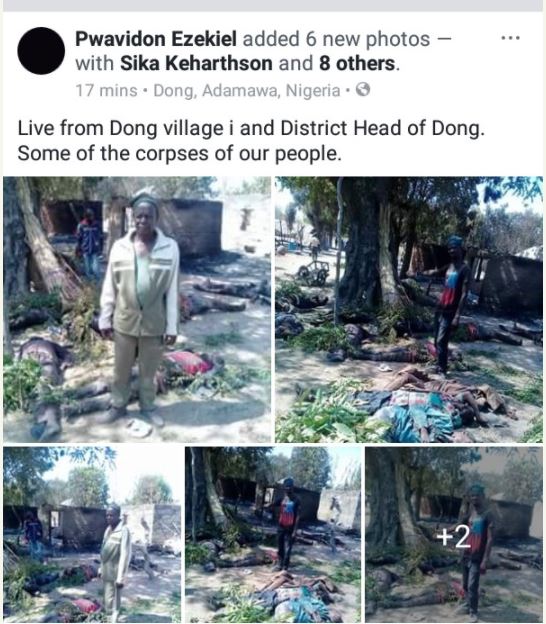 A fresh attack at Dong in Adamawa State on the 4th of December, 2017 has left many slaughtered like domestic animals by suspected Fulani herdsmen.
A social media user named Pwavidon Ezekiel who reportedly visited the gory scene of the attack uploaded disturbing pictures of dead locals covered with green leaves.
The Adamawa State police command also confirmed fresh outbreak of violence between farmers and herdsmen in some areas of Numan in the southern part of the state.
A source said many deaths had been recorded while other residents were fleeing. The attacks are suspected to be reprisals for the killing of dozens of Fulani residents allegedly by their Bachama neighbours.
Confirming the development, police spokesperson in the state, Othman Abubakar, said the crisis started in Dong in Demsa Local Government Area following “a misunderstanding” between farmers and Fulani herdsmen.
A public appeal is currently being made to President Muhammadu Buhari to intervene in the blood-bath which has also led to the destruction of properties and other infrastructural facilities.
See more photos below: 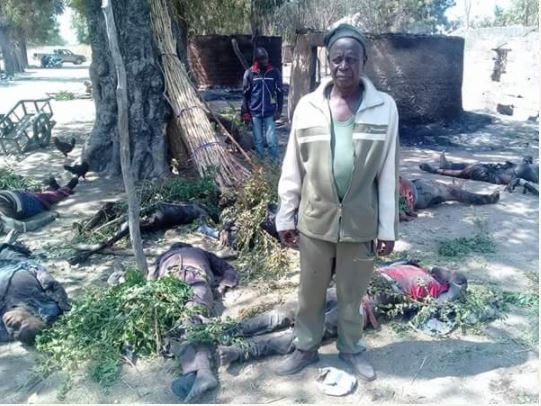 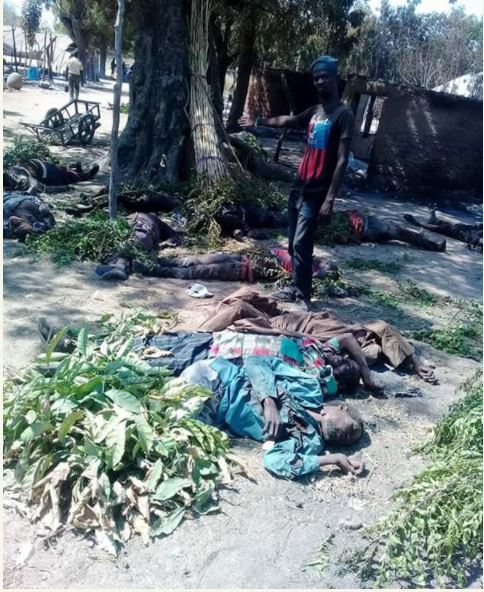 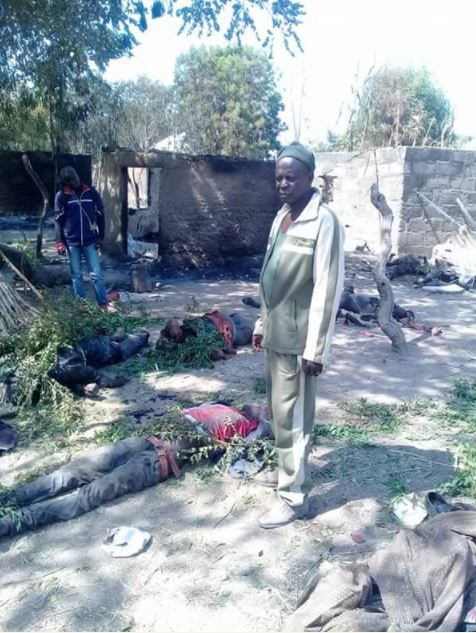 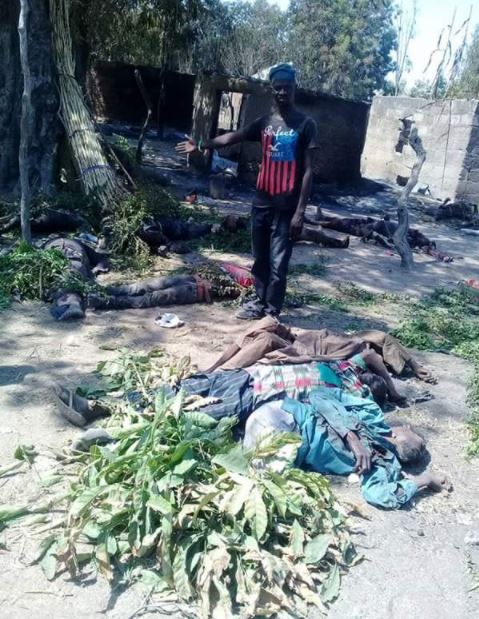 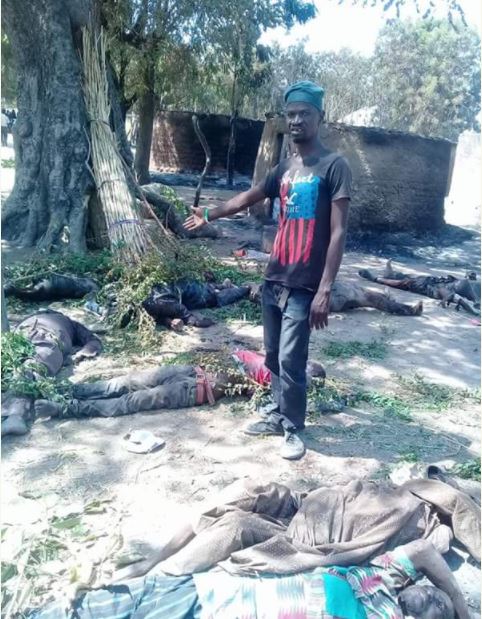 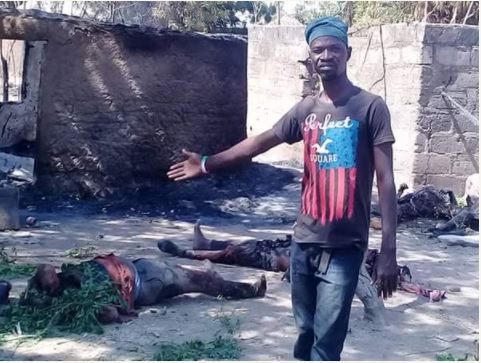