Speaking on the crisis in the PDP, Senator Buruji Kashamu insisted he was not competing with anyone. 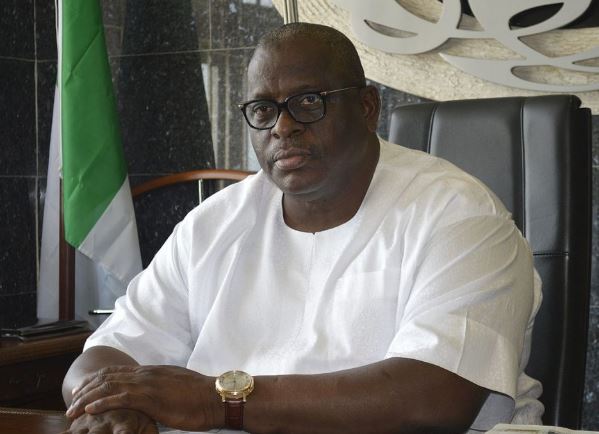 Senator Buruji Kashamu,
Senator Buruji Kashamu, the lawmaker representing Ogun East Senatorial District, has denied moves to join the All Progressives Congress (APC).
Kashamu, who was the governorship candidate of the Peoples Democratic Party (PDP) in Ogun State in the last election, said the emergence of APC governorship candidate, Dapo Abiodun as the winner in the 2019 governorship election in the state, has made him the leader of the state.
In a statement, Kashamu said he had never left PDP since he joined the party a decade ago.
“There have been insinuations in various quarters about my political stance and future.
“Let me state in unequivocal terms that when I joined active politics over a decade ago, it was on the platform of the Peoples Democratic Party.
“I have remained in the PDP. I have not defected to the All Progressives Congress and I do not intend to do so.
“However, the elections are over and winners have emerged. As a true Muslim, I believe the emergence of any leader is divinely-ordained.
“Therefore, my position has always been that whenever there is a contest and a winner emerges, we all owe it a duty to God and our people to support the leader to succeed, if our primary motive for seeking public office was to serve the people.
“It is in this context that some of our members were invited to join the Transition Committee and its sub groups. That does not mean they have joined the APC. It is a call to the service of our dear state. Now is the time for governance,” he said in a statement.
Speaking on the crisis in the PDP, Kashamu insisted he was not competing with anyone.
He said: “It is clear that our people often exploit the air of internal rivalry and wrangling among us. I am a PDP leader and would remain so.”
Top Stories