Musa said he is now extra motivated to go and conquer in Egypt with the Nigeria national team. 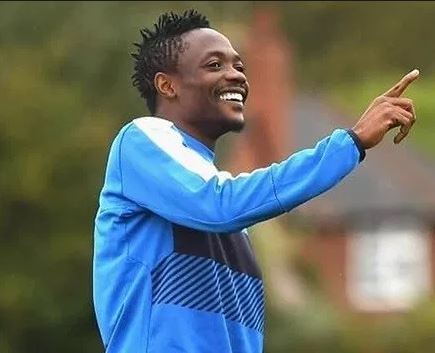 Ahmed Musa
A few days to the commencement of the Africa Cup of Nations in Egypt, Super Eagles star, Ahmed Musa, has secured a new endorsement deal.

The fleet-footed forward has been unveiled as the new brand ambassador for Syinix Limited.

Musa was officially unveiled to the public on Sunday as Syinix launched its new 65” big screen TV at the Sheraton Hotel, Lagos

Musa, who is the vice-captain of the Super Eagles, currently plays his club football in Saudi Arabia with Al-Nassr. He played a key role, helping his team to win the league title a few weeks back.

Speaking after being unveiled on Sunday, Musa said he was very delighted to be considered worthy to be an ambassador for the new electronic company.

He said: “Syinix and I have such a shared perspective, we both believe that technology should service human being and help us lead a better life, and we all want to do our best to let more people live better. That’s why I agree to be an ambassador of this company, I hope we can do some meaningful things for our world together.”

On his part, Syinix Managing Director, Mr Cana, said the choice of Musa as an ambassador was hinged on the huge accomplishments and fan base of the former CSKA Moscow star.

He said: “Ahmed Musa, a professional football player has reached a lot of achievements on the football field. He has huge fans in Nigeria and has a positive personal image and good reputation. We can see a keep fighting spirit to breakthrough barrier in him, that’s why we chose him, we want to make an effort for our world together.”

Musa, who is expected to fly into Asaba on Monday to join the Super Eagles camp as they kickstart their preparations for AFCON 2019, said he is now extra motivated to go and conquer in Egypt with the Nigeria national team.

“Everyone is going to fight until the last second, I believe that we will have great victory, for the exact target, I think I just like the Syinix slogan: bigger better. We have a bigger target, a bigger dream, and we will make it come true,” the Super Eagles star concluded.
Top Stories