Some land grabbers have unleashed the Oro deity on the residents of a community in Ogun state, stunning many. 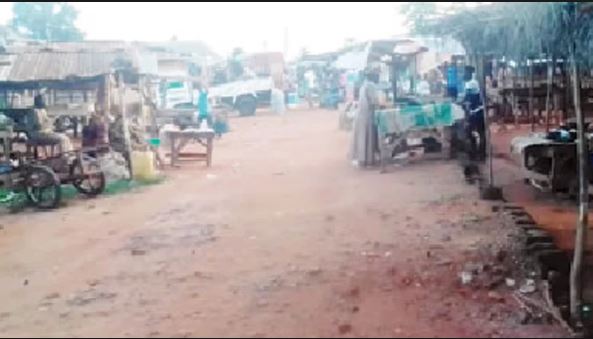 File photo
According to a Punch Metro report, the Siun area of the Obafemi-Owode Local Government Area of Ogun State was recently thrown into confusion as some land grabbers allegedly unleashed the Oro deity on the residents without prior notice.
The state government, Punch Metro learnt, had restricted the appearance of the Oro deity to between midnight and before dawn, but when the alleged land grabbers brought it out around 7pm, women and non-indigenes, who were traditionally barred from seeing it, had to run for cover.
Eyewitnesses, who spoke to our correspondent, condemned the suspected land grabbers for not following the due process before bringing the deity out, adding that the land grabbers were fond of terrorising the community.
An eyewitness, Yusuf Hashimiu, lamented that he was detained at the Zone 2 Police Command headquarters for daring to report the incident, adding that the police failed to conduct proper investigation into the incident.
He said, “I was in the mosque when I suddenly saw people running helter-skelter because the land grabbers brought out the Oro deity around 7pm. The land grabbers were about 40 and a lot of people, including women and non-indigenes, were at the Siun Market. I had to contact the monarch, Oba Lawrence Odeyinka, to know why he allowed the deity to be brought out during the Ramadan period, but he said he knew nothing about it.
“Because we didn’t want to confront the hoodlums, we went to report at the Obafemi-Owode Police Station and officers were mobilised to the scene of the incident. The officers were even assisted by soldiers and four of the land grabbers were arrested. The police were supposed to charge them to court, but because the court did not sit, the land grabbers were released on bail and were given a date to report back to the station for the case to be charged to court.
“All of a sudden, everything changed and we were told to come to the Zone 2 Command headquarters in Onikan, Lagos, as the case had been transferred there, and when we got to Zone 2, I and one other resident were detained on claims that we used soldiers to assault the land grabbers.”
The other detained resident, Afolabi Awaye, who said the land grabbers used their influence at the Zone 2 headquarters to turn the case against the residents, lamented that he and Hashimiu were to be charged to court for assaulting the land grabbers.
“We were detained for three days at the Zone 2 headquarters just because we reported the land grabbers to the police and they had a joint patrol with the soldiers to arrest them. The land grabbers used their influence at Zone 2 to arrest us for complaining about what they did. Now, we are being charged to court; we want the government to come to our rescue,” Awaye said.
When contacted, Oba Odeyinka said he and his chiefs were not aware that the Oro deity would be brought out, adding that if they were aware, the whole community would have been informed by the town crier.
The Chairman of the Obafemi-Owode Local Government Area, Jamiu Balogun, said he instructed the soldiers to complement the police in arresting the hoodlums on the day of the incident.
Balogun said, “The Oba of Siun called me that there was a problem in the community and that the land grabbers wanted to bring out the Oro deity when a lot of people, including women, were still at the market.
“So, I told him to report to the police; I was also told that the soldiers, who had been parading the area for security reasons, were around the place where the incident happened and I asked the soldiers to assist in stopping the land grabbers from causing problems in the community.”
The Police Public Relations Officer, Zone 2 Command, DSP Hauwa Idris, said two families had been fighting over land in the area, adding that one of the families allegedly mobilised security operatives to attack and injure the other.
Idris stated, “Two families have been fighting over land in the area. One of the families came to the Zone 2 to complain and the other family was invited. The officer in charge of the case informed the families that the police would not get involved in land matters and gave a date for both families to visit the command so as to advise them on what to do.
“But, when they went back to their community, the family that complained at the Zone 2 was attacked by the other family. The other family used soldiers to beat and injure them and it was the soldiers who took the matter to the Obafemi-Owode Police Station.
“The officer in charge of the case at the police station could not charge the attackers to court, because the court did not sit and they were given another date. So, the assaulted family reported back to the command what happened and the officer in charge at the Zone 2 invited them and decided that he was going to charge all of them to court for assault.”
Top Stories