A final year student has been saved from death after he tried to kill himself over a carryover he had. 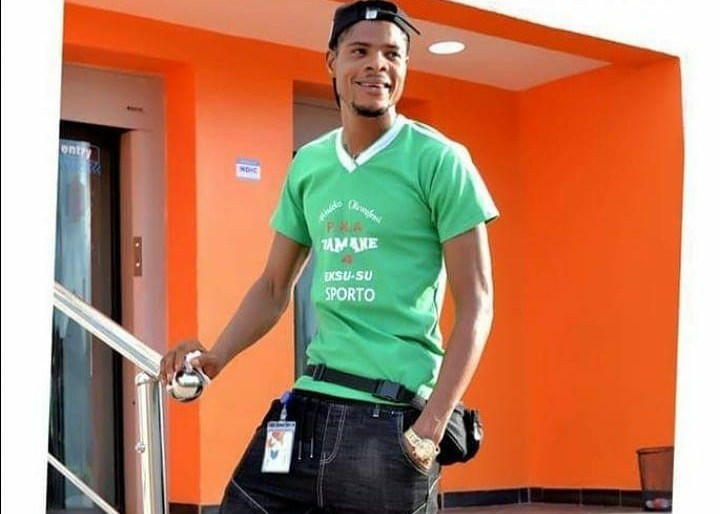 The student
A final year student of Ekiti State University (EKSU), identified as Oluwafemi Akindeko, attempted suicide on Friday, due to poor academic result, Premium Times reports.
It was gathered that Mr Akindeko is a final year student of the Accounting department. He was waiting for his results to be released so as to proceed for clearance for the National Youth Service Commission scheme.
He was, however, surprised after he failed one of his major courses, BUS 418, which he believed meant he would spend an extra year in school. 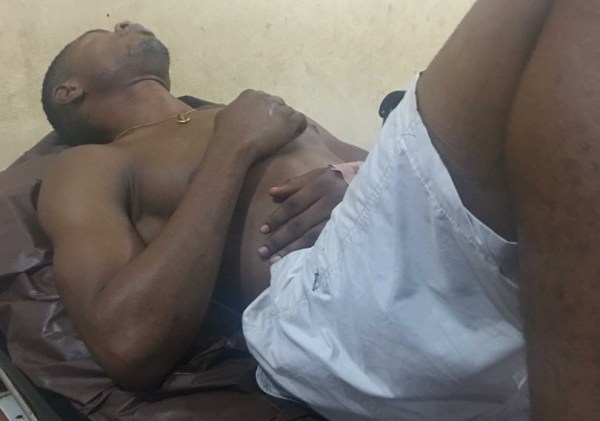 Oluwafemi after he was rescued
Prior to his act, he made a series of post on his Whatsapp status, expressing displeasure and loss of hope.
In some of his posts, he said: ‘Everything about today is just bad… God help me. This month is not smiling.
“Why is today like this? God help me throughout this month. From June 1, everything hasn’t been good.
“All I want to do now is to commit a crime and be sentenced to life imprisonment. So, keep off so you won’t fall a victim.
“Life and education is something I don’t want again. I guess going off is the best for now. I’m dropping this in case you call me and I’m not picking or you send a message and I’m not replying. Ire Ooooo! God be with the living.
“I regret ever coming to this world and I regret ever choosing to be educated. I swear. EKSU, you are cursed.” 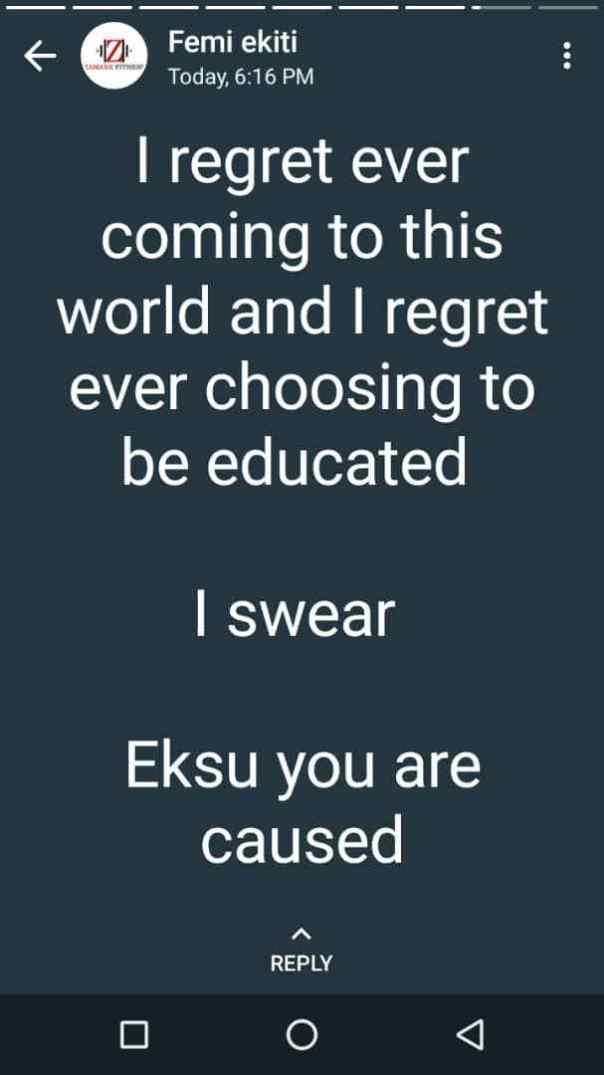 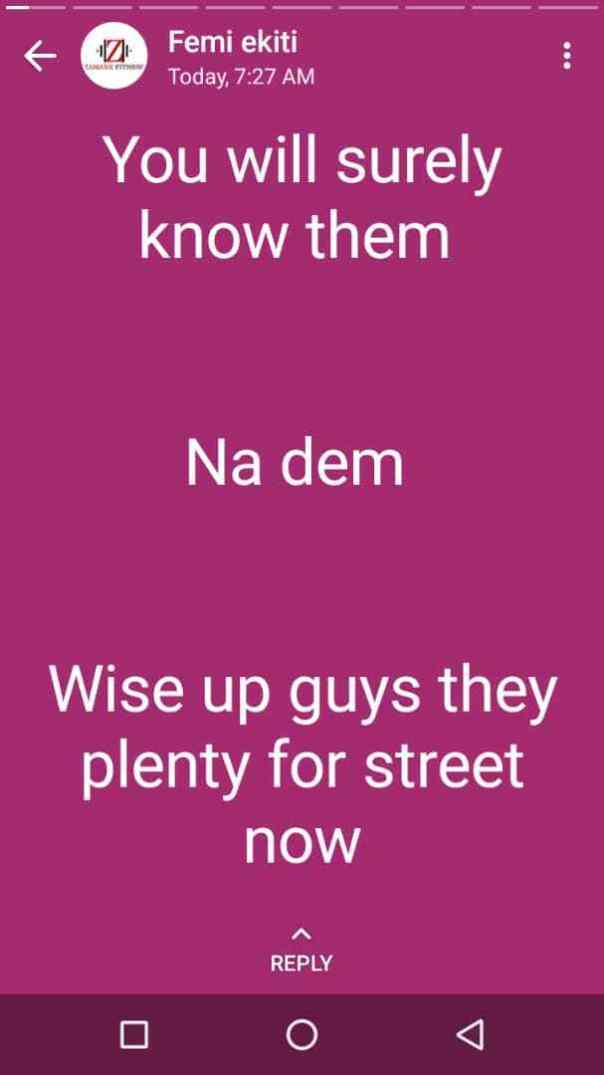 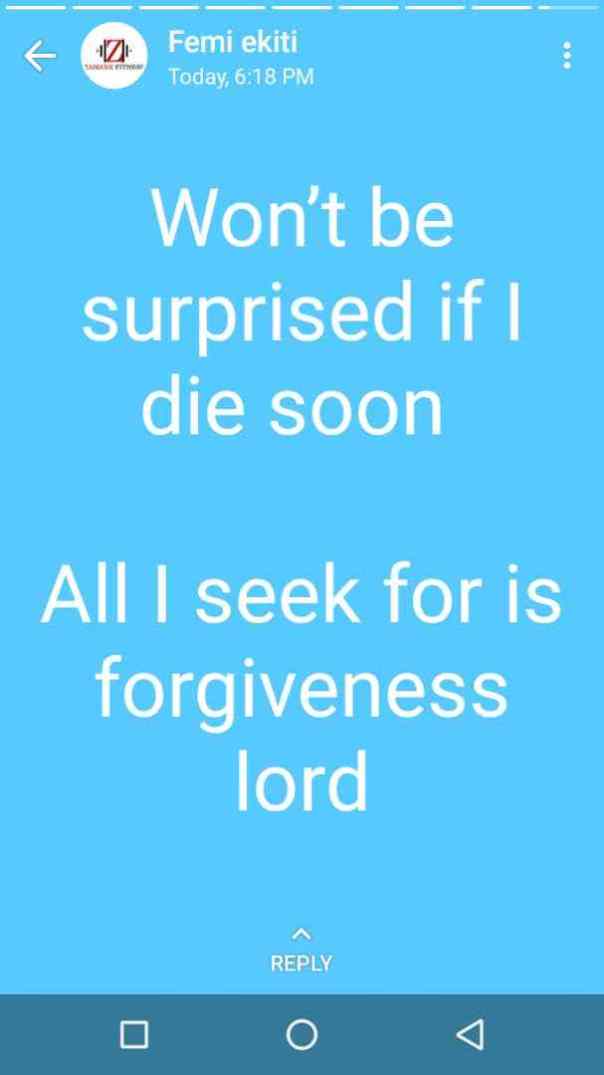 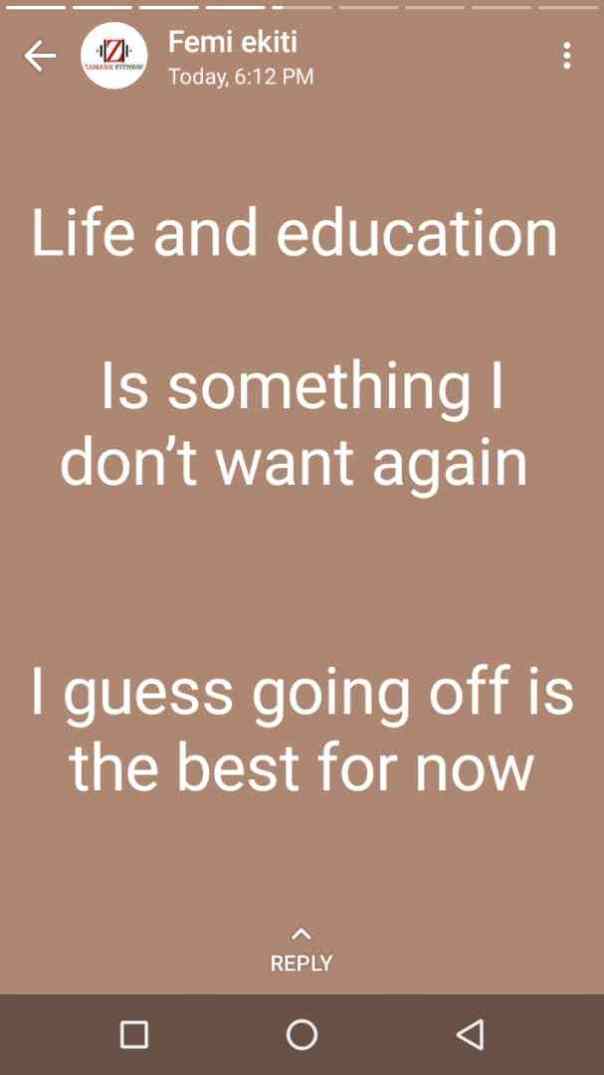 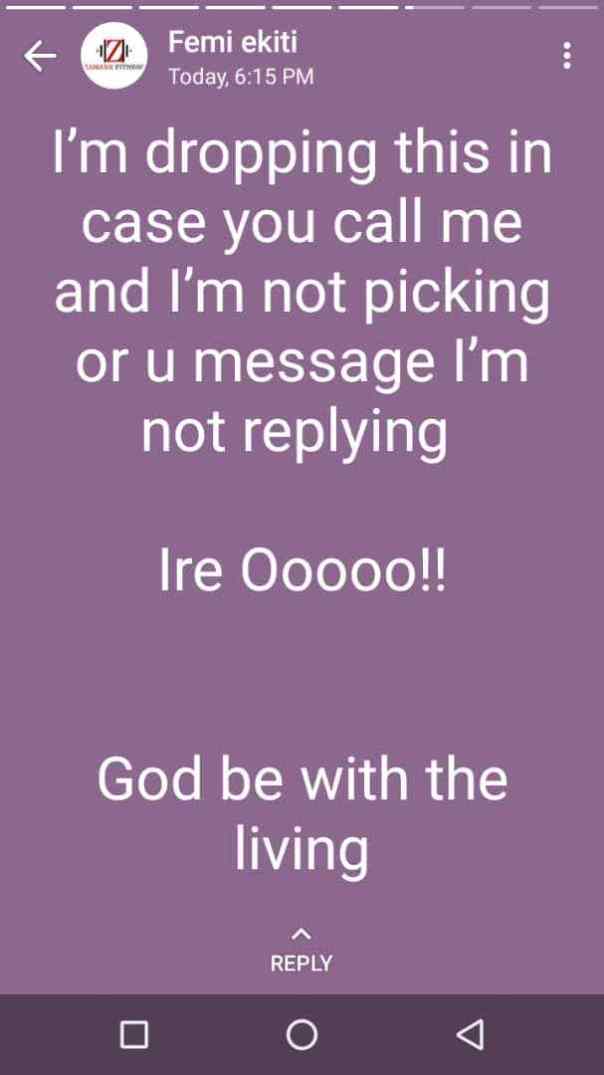 Mr Akindeko reportedly consumed poison (sniper insecticide) to commit the suicide. Some of his friends also said he cut himself before he was rushed to the hospital.
His friend, who identified himself as Mayowa, who was with him at the hospital, confirmed that Mr Akindeko is now in a good condition.
School’s reaction
When the Ekiti State University public relations officer, Deji Aleshinloye, was contacted, he confirmed the attempted suicide. He accused the student of ignorance.
He said the school has provision for summer class for extra year students to hasten their graduation.
“The boy just finished and he just got his result of BUS 418, one of the second semester examination results. You know when you fail a second semester exam, it is going to be an extra year.
“And, it’s not a big deal. The university has an arrangement for what we call a summer class. The registration is going on and it will start in another one week. In that summer class, the final year student will be allowed to retake the courses they failed.
“It’s not about sniper now. Why do you have to go and take sniper? Life itself is not a straight forward thing. Who said you are not going to fail again? Do you know how many people have failed in this world? Do you know how many times Abraham Lincoln contested and lost? I don’t know oh.
“Thank God we didn’t lose him. He is fine now and stabilised in the hospital. But it’s not that the university was harsh or anti-student. He is in the Ekiti State University Teaching Hospital and he is getting better now.”
Suicide rate among Nigerians appears on the increase. PREMIUM TIMES reported how use of sniper has become one of the major ways people attempt suicide.
Many health experts have blamed poor understanding and treatment of stress and depression for the increasing suicide in the country.
Top Stories