The governor received the certificate of return yesterday following an order from a court. 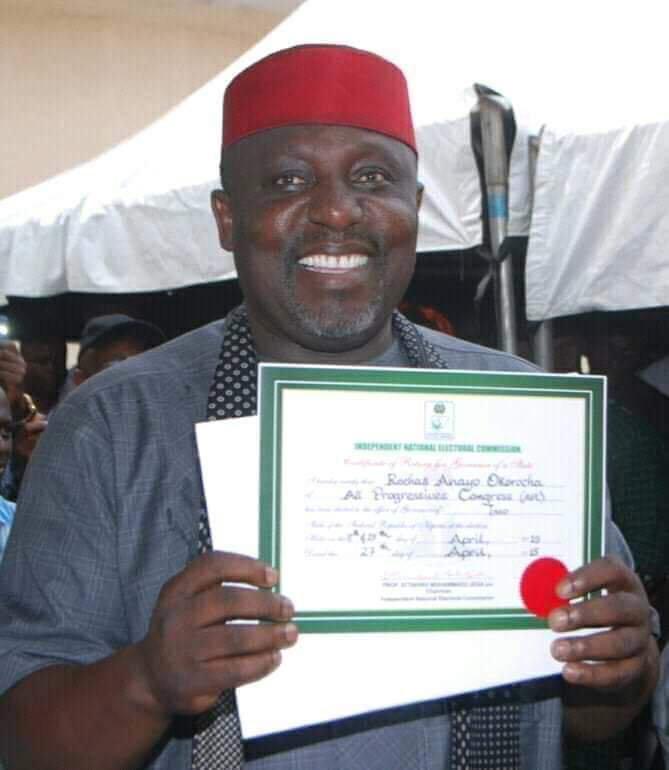 Rochas Okorocha
The Independent National Electoral Commission has finally issued former Imo governor, Rochas Okorocha, a certificate of return for winning the February 23 Senatorial election in Imo West.
The presentation came hours after the National Assembly was inaugurated and Okorocha was subjected to the indignity of being prevented from attending the inaugural session.
INEC had refused to recognise Okorocha’s victory, alleging that it was procured under duress.
In May, Justice Njemanze of the Owerri High Court further strengthened INEC’s position when he ordered that the Commission not to issue a Certificate of Return to any of the candidates that contested the Imo West Senatorial District election.
The Order from the High Court of Imo State was issued on 23rd May 2019 and the suit has been further adjourned till 26 June. 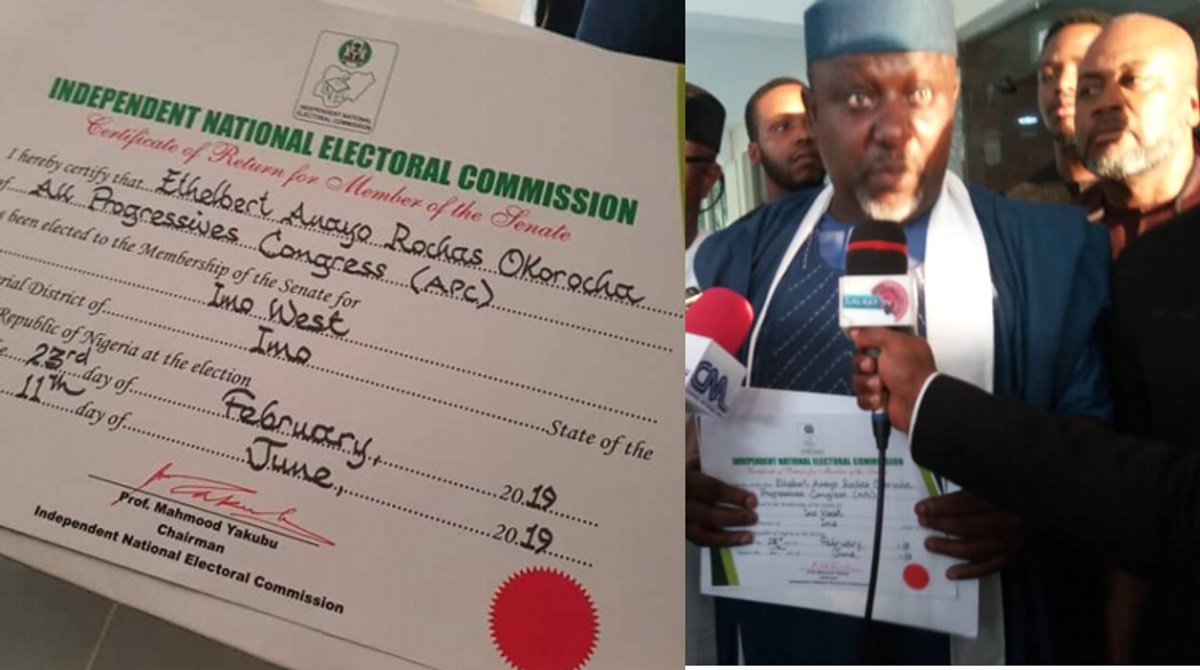 When INEC presented certificates to senators-elect in March, Okorocha was also not invited.
However, a Federal High Court in Abuja came to Okorocha’s rescue last week.
Justice Okon Abang ordered INEC to release the certificate, castigating the electoral umpire for withholding it under an unknown law.
Top Stories