Investigation revealed that Abubakar Umar is a specialist in the kidnap of foreign nationals whom he keeps hostage until substantial ransoms are paid. 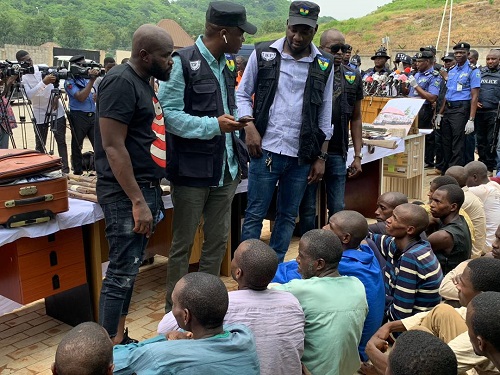 The arrests were made between 5 June and 19 June, police spokesman DCP Frank Mba announced today.

Mba said the police were able to arrest the four suspects sequel to the manhunt launched in the aftermath of the kidnap of UBEC Chairman.

Some gang members had fled following the death of gang leader and Kidnap Kingpin, one Sumaila Sule a.k.a Shaho, who died on 18 May as a result of bullet injuries sustained during a shoot-out with Police Operatives.

Investigation revealed that Abubakar Umar is a specialist in the kidnap of foreign nationals whom he keeps hostage until substantial ransoms are paid.

Also, the Operatives have intercepted trucks conveying to bandits 1972 bags of grains and 208 bags of beans.

The cargo was meant for the Bandits’ hideout in a Forest in Zamfara State.
See more photos below: 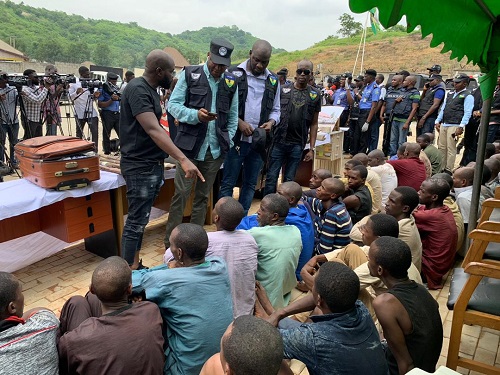 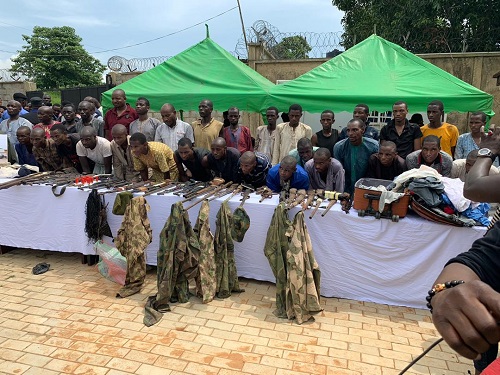 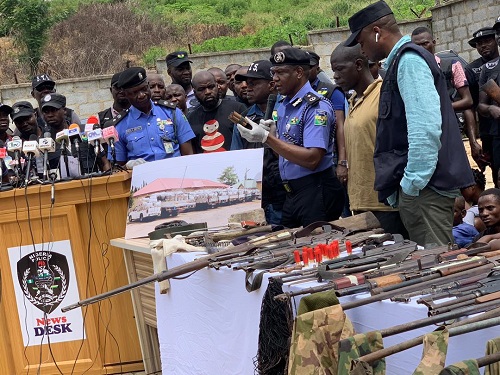 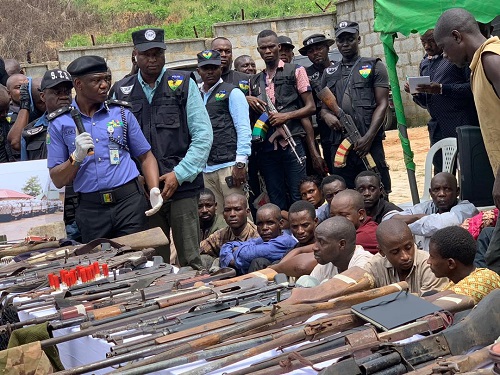