Why Nigerians Can't Wait For Season 4 Of Big Brother Naija


Some Nigerians can really not wait to experience another season of the popular Big Brother Naija reality show. 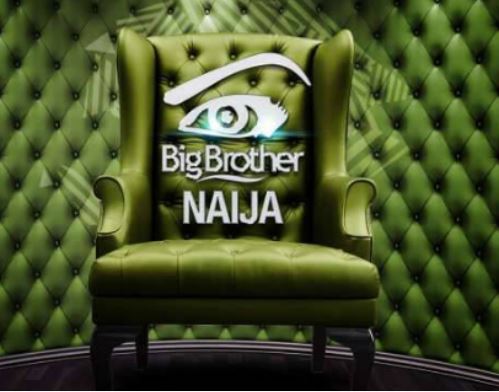 Big Brother Naija, Africa’s number one reality television show, is making a highly anticipated return on June 30 and Nigerians all over the world are beyond giddy with excitement. Although the show makers, MultiChoice Nigeria, have not officially announced the theme for the new season, graphics and posters reading “Spicy Hot” have been deployed all over social media to promote the show. Apart from the show’s endless supply of drama and sheer entertainment, Big Brother Naija has been able to excite Nigerians, and Africans, in a way that no other show on this part of the Atlantic can.
Somewhere between the colourful characters the show makers select every year and the odd but interesting tasks that the Housemates have to engage in, therein lies the secret of the Big Brother Naija magic formula. One distinct element that Big Brother Naija possesses, is that it has made its success elusive and many times unattainable for copycats and knock offs is its ever-changing nature.
Season after season, the show changes in a way that is unique to its cause but without losing its identity. It’s an intricate and delicate balance that MultiChoice has mastered and been able to recreate successfully for three seasons. The first season of Big Brother Naija first aired back in 2006. Much like many first attempts, season one was a glorious run of trail, error and lessons learned. When the show came back in 2017 with the “See GoBBe” theme, it was clear that the producers had done their homework, made some necessary adjustments and were ready for business.
2018’s Double Wahala edition was a result a seamless broadcast of entertainment which had Nigerians everywhere hooked. From classrooms to beer parlors, nail salons, Bible study meetings and social media, Big Brother Naija content was inescapable. As hard as it is to imagine, this new season will be even more riveting and here are a couple reasons why.
One of the biggest criticisms of Big Brother Naija was that it was shot in South Africa, not Nigeria. The show’s producer always cited the fact that running a reality show round the clock in Nigeria was not the simplest of tasks. It would appear, however, that they’ve been able to crack the logistics code because in January, Mr. John Ugbe, the Chief Executive Officer of MultiChoice Nigeria announced that this year’s season will take place in Nigeria.
Big Brother Naija’s return to Nigeria has definitely set off a new level of loyalty to the show in Nigerians. A number of fan fiction conspiracy theories and jokes have emerged since the announcement as fans speculate how the show’s producers will “Nigerianize” the show as a result of the location.
Another reason Nigerians are more excited for this year’s edition of Big Brother Naija than they’ve ever been is the audition process. Multitudes of hopefuls turned up for Big Brother Naija auditions all over the country earlier this year which definitely raises the stakes for the show’s producers because it means they have a bigger pool to fish in. This year’s audition process also featured the first online audition.
Apart from the over 5, 000 who showed up at venues for audition, MultiChoice also held online auditions. This elaborate selection process has created a lot of buzz about who the lucky men and women in the Big Brother house will be. This is because at the end of the day, Big Brother Naija is about the people who inhabit the house and how much they resonate with the viewers.
If we’ve learned anything from fans of Efe or even Tobi and Cee-C, it is that Nigerians love an unlikely hero and an underdog they can root for. Nigerians have gotten so passionate about their favourite housemate that they’ve organized themselves and bought gifts and hosted parties for them upon their exit from the house. That’s the true magic of Big Brother Naija at the end of the day – looking at your television screen and seeing yourself in someone you’ve never met. In a day and age when representation matters more than ever, Big Brother Naija has filled a unique space in the hearts of Nigerians – the desire to be seen.
***
Source: The Nation
Top Stories