How Buhari's Man Awarded 10 TV/Radio Licenses To Self, Cronies


According to the letter obtained by a reporter the NBC requested Mr Buhari’s ‎approval for a total of 303 licenses made up of 245 for radio and 58 for television. 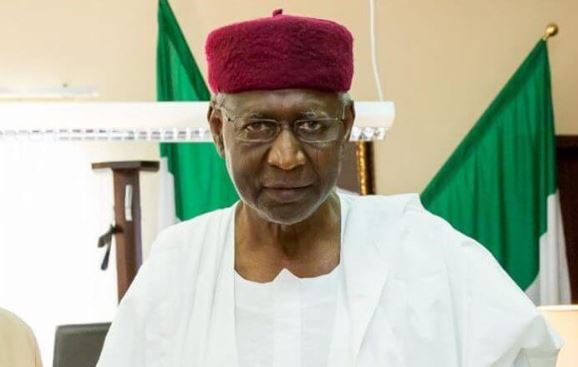 Abba Kyari
Abba Kyari, the Chief of Staff to President Muhammadu Buhari and Is’haq Modibbo Kawu, the Director General of the National Broadcasting Commission, NBC, are under fire for allegedly tinkering with the president approval in the award of radio and TV broadcasting licences.
In 2016, Mr Kyari was accused in an online report of taking N500 million from communications giant, MTN purportedly to help it mitigate the fine of $5 billion imposed on it by federal government, just as the embattled NBC boss is currently facing charges bordering on misappropriation of N2.5 billion.
The recent recommendation by the NBC of applications by some companies for the grant of FM Radio and Digital Television broadcasting licenses by President Muhammadu Buhari has been soiled in acts of forgery, breach of trust, fraud and systemic racketeering by Messrs Kyari and Kawu.
Mr Kawu, on the 20th July 2018, ‎wrote a letter with reference No. NBC/SEC/FMIC/II entitled, “Recommendation of Applications for the Grant of FM Radio and Digital Television Broadcasting Licenses by the President, Commander-in-Chief of the Armed Forces” to the President through the Chief of Staff.
“Your Excellency, in accordance with the provisions of Sections 39 of the Constitution of the Federal Republic of Nigeria 1999 and Section 2(1)(b) and (c) of the National Broadcasting Commission Act, Cap NII, Laws of the Federation, 2004, the National Broadcasting Commission hereby submits for the grant of FM Radio and Digital Terrestrial Television broadcast licenses by the President, Commander in chief of the Armed Forces, the under listed companies whose applications have been processed and found to be in conformity with the statutory requirements for the grant of broadcast licenses as stipulated by the NBC Act.”
According to the letter obtained by DAILY NIGERIAN, the NBC requested Mr Buhari’s ‎approval for a total of 303 licenses made up of 245 for radio and 58 for television.
While the radio licenses were sought for each of the six geographic zones viz: ‎North Central, 48; North East, 20; North West, 44; South East, 29; South South, 37 and South West, 67, approval for the television licenses were sought viz: National TV stations, 35; Regional TV stations, 7 and 16 for some states and the FCT.
However, the Chief of Staff, in his letter with reference No. SH/COS/II/II/A/54 and dated 24th September, 2018, conveying the approval of the president stated that, “The President has approved your request for the grant of FM Radio and Digital Terrestrial Television broadcast licenses to the one hundred and seventy (170) organisations and institutions recommended in your submission.”
In the Chief of Staff’s summary to Mr. President, FM Radio and Terrestrial Television Broadcasting Licenses numbering 147 and 23, respectively were approved by the President.
However, according to documents obtained by DAILY NIGERIAN, the Chief of Staff and the DG of NBC, having secured Mr Buhari’s approval,‎ conspired to substitute names of approved licensees with forged and non existent applicants.
Investigation by DAILY NIGERIAN reveals that names of corporate bodies that neither applied for any license nor have their names initially on the list of NBC’s memo, were inserted and names of approved beneficiaries, expunged from the president’s approved list.
Top Stories