Nollywood actress and mother of one, Angela Okorie has a way of staying in the news on the basis of controversies. 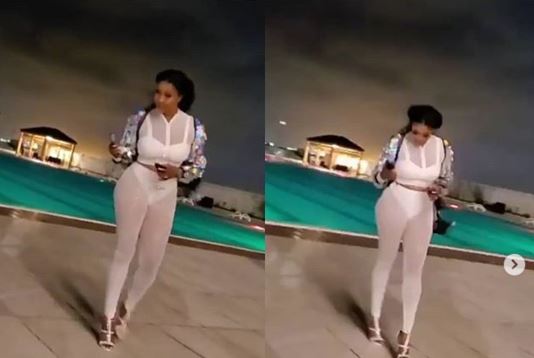 Angela Okorie
Angela Okorie dressed in a transparent outfit as she appeared to be honouring a date with an undisclosed person.
The tall actress wore an outfit that gave away a large chunk of her body as she was walking seductively into a hotel on high heels. This action hasn't gone well with the fans of the single mother as they have criticized her.
Angela Okorie appears unconcerned as she seems to be enjoying the buzz made by the sultry video. 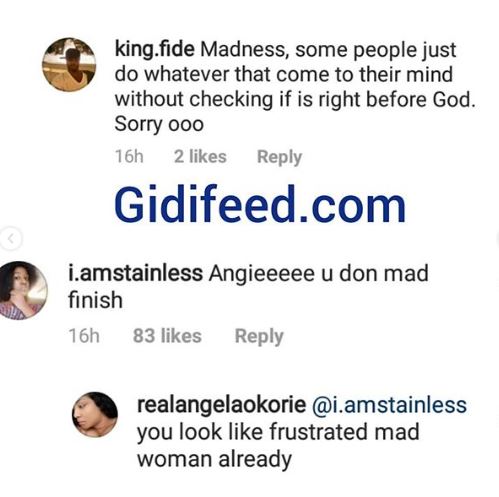 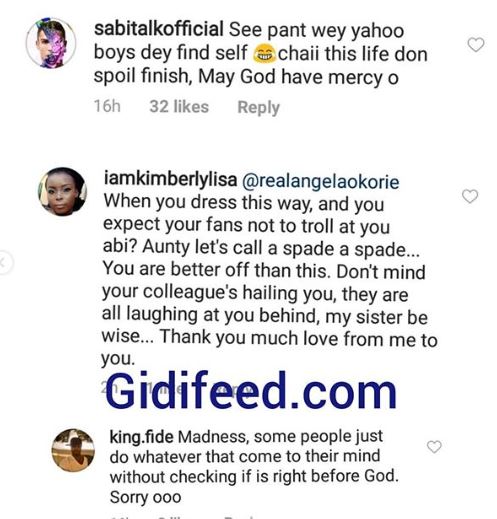