Argentine superstar Lionel Messi accused the referees of favouring Brazil during the encounter. 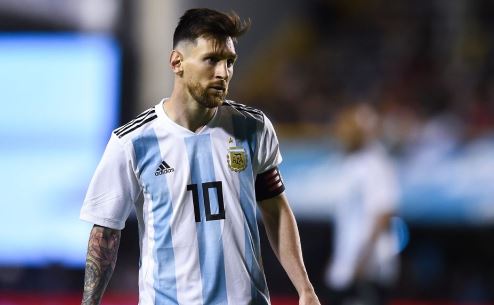 Lionel Messi
Argentina captain, Lionel Messi, has reacted to his side’s Copa America semi-final 2-0 defeat to Brazil on Wednesday.
Goals from Gabriel Jesus and Roberto Firmino ensured the host nation defeated Argentina and qualified for the competition final where they will play either Chile or Peru.
Messi accused the referees of favouring Brazil during the encounter.
The Barcelona superstar criticised the performance from the Video Assistant Referee, VAR, and match official Roddy Zambrano for not awarding a penalty to Sergio Aguero just prior to Firmino’s 71st minute goal.
“They were not better than us. They found the net early and the second goal came from a penalty [to Aguero] they didn’t award,” Messi was quoted by Goal as telling reporters after the match.
“They [the officials] had booked a lot of bullsh*t, but they didn’t even check the VAR, that’s incredible.
“That happened all over the game. At the first glance of contact, they ruled in their [Brazil’s] favour and this kind of bullsh*t distracted us from the game.
“There is no excuses for us, but we need to review this, analyse it and let’s hope CONMEBOL does something about it.
“I think we played a great game. We made a great effort and they were not superior to us.”
Top Stories