Policeman And Kidnapper Die During Gun Battle In Anambra


There was serious panic in Abba-Ukwulu Road area of Anambra state after security operatives exchanged gunfire with kidnappers. 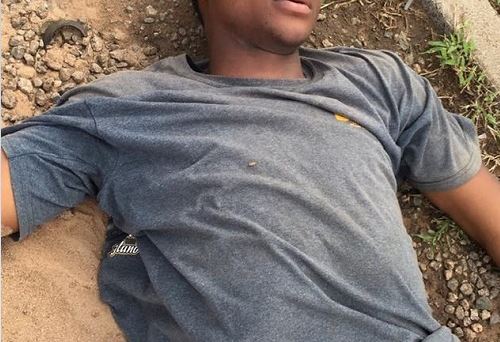 File photo
A police sergeant and a kidnapper on Friday died in a duel in Anambra State, according to a report by Punch.
It was gathered that a gang of kidnappers engaged a police team in a gun battle on the Abba-Ukwulu Road in the state.
The deceased gang member, whose identity has yet to be ascertained, was said to have ambushed the law enforcement officials, resulting in an exchange of gunfire.
Confirming the incident, Police Public Relations Officer in the state, Haruna Mohammed, gave the name of the deceased policeman as Sergeant Moses Jacob.
He said the police were trailing the gang, which had earlier kidnapped one Dr Achugbu Pascal, before running into the kidnappers’ ambush.
Achugbu, according to Mohammed, was kidnapped on his way back from work along Nawgu-Enugwu-Agidi-Amawbia Road.
Speaking further on the incident, Mohammed said, “The ambush led to serious exchange of gunfire as a result of which F/NO.444849 Sgt Moses Jacob attached to SARS sustained gunshot wound while one of the attackers whose identity has yet to be ascertained was fatally wounded during the encounter.
“Both casualties were taken to the hospital for medical attention but confirmed dead on arrival by doctors. Their corpses have been deposited at the hospital morgue for autopsy.
“Meanwhile, one of the suspects was arrested and effort is ongoing to rescue the victim still in captivity, and also apprehend other fleeing perpetrators in order to bring them to justice.”
Top Stories