A Nollywood actress has been disgraced on social media after stealing car photos and claiming she just bought the car. 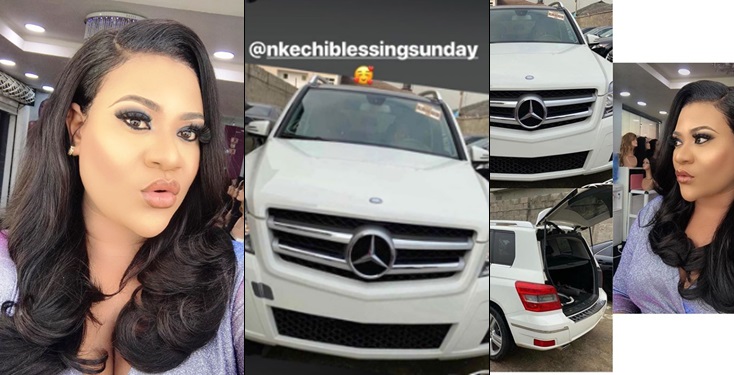 The stolen car photo
Just days after being congratulated for buying a new Mercedez Benz car, Nollywood actress, Nkechi Blessing has been disgraced on social media fter an auto dealer called her out for posing with and claiming she just bought a Mercedes Benz when she actually didn't.
According to screeshots released on Instablog, the owner of the car revealed that Nkechi rode on the familiarity between the dealer and their uncle to claim the car.
The real car owner also accused Nkechi of being fake and trying to deceive people, writing: “Just because you know my uncle is not on Instagram that’s why you did this forgetting Instagram is a small community. Although I learnt you begged already and taken down the picture but still it is wrong to mislead people”.
Well, after the hell was dragged out of her, Nkechi confessed that she actually didn't buy the car but had wanted to exchange her car with the MercedesBenz, but couldn't wait for the deal to be concluded before going ahead to share photos that she had bought the car.
She eventually didn't buy the car she posted photos on her page claiming she had bought. 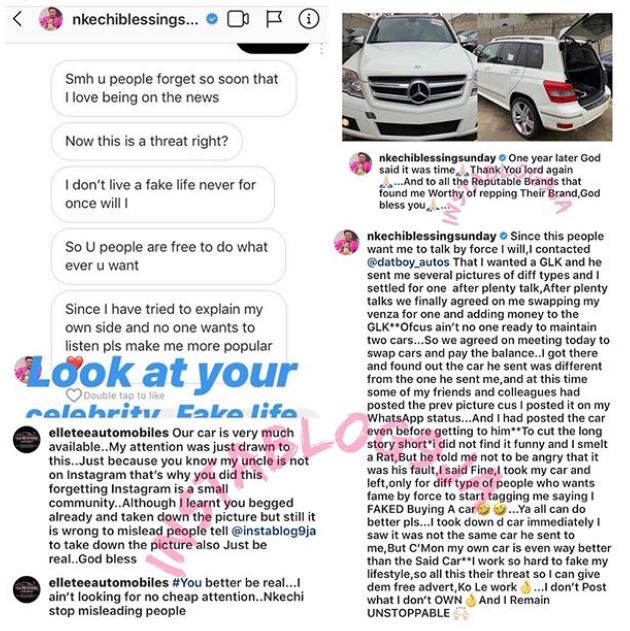