A Nigerian actress has recounted the period of her life that she planned to kidnap her ex-lover on his wedding day. 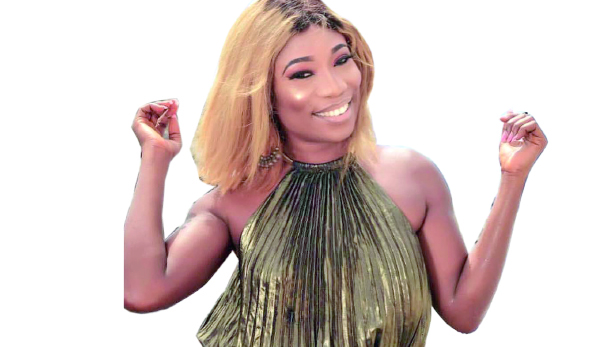 Actress, Dolly Nwaduba has revealed that had planned to do to her ex-lover for breaking her heart.

Nwaduba, who is a writer and producer, shared with Inside Nollywood her unforgettable heartbreak.

“One Wish is an unconventional love story I wrote last year after a very bad breakup. I was really depressed and had a lot of messed up thoughts in my head, but for the fear of going to prison, I had to restrain myself from going to the extreme. So, I did what every great writer would do. I poured out my thoughts on the pages of my book, and being blessed as an actor, I carried out my evil plot of kidnapping my ex on his wedding day without fear of actually going to jail for it,” she said amidst laughter.

When asked to expatiate on what actually led to the breakup, Nwaduba admitted that she contributed immensely to her own heartbreak.

Hear her: “Truthfully after the break up, I became a bitch. It was my very first time actually falling in love with someone other than myself. So, it so consumed me that I became possessive to the point of obsession. I was constantly snooping around and nagging. He met someone else who started giving him the peace I used to give him when we first started dating. I’m not saying he didn’t have his own faults, he did. But I contributed the most to the breakup. I literally drove him nuts. His new girl is so hot because I used to stalk her Instagram page. She’s the perfect slay queen where I struggled to even put powder on my face.”