Rohr Retained By NFF As Super Eagles Coach, To Be Sent On Refresher Course


Gernot Rohr will not be sacked as the Super Eagles coach after falling short at the AFCON, it has been revealed. 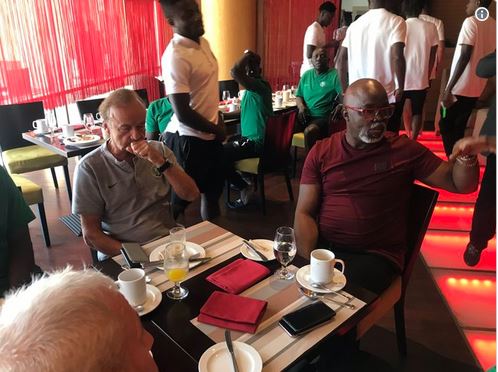 Rohr with Pinnick
The Nigeria Football Federation (NFF) might not bow to pressure by a section of Nigerians who want Super Eagles coach, Gernot Rohr sacked after failng to win the Africa Cup of Nations in Egypt.

NFF president Melvin Amaju Pinnick in tweet with respected Nigerian journalist Osasu Obayiuwana said the Federation had no plan to relieve Rohr of his duties despite the Super Eagles crashing out in the semifinal stage of the AFCON.
Pinnick said Rohr has met the target set for him by the Federation, despite some rocky and difficult moments they’ve had together, adding that the Franco-German is a good coach by all standards.
“Gernot Rohr will not be sacked as Super Eagles coach. He will remain in the job. I have confidence in him,” the NFF president said to @osasuo on Monday night. “Gernot Rohr has taken us to the semifinal, the target we set for him,” Pinnick added.

“There are some people that have been calling on me and the federation to sack Gernot. But I am not going to do that. In fact, Gernot is going on refresher training period with FC Bayern after the AFCON 2019. We have a long-term plan with him.

“We have had rocky and difficult moments in our relationship, but this is normal in any relationship between two people. He’s a good coach and we want him to remain with us. That said, we will work together on what needs to be improved upon,” the NFF president said. 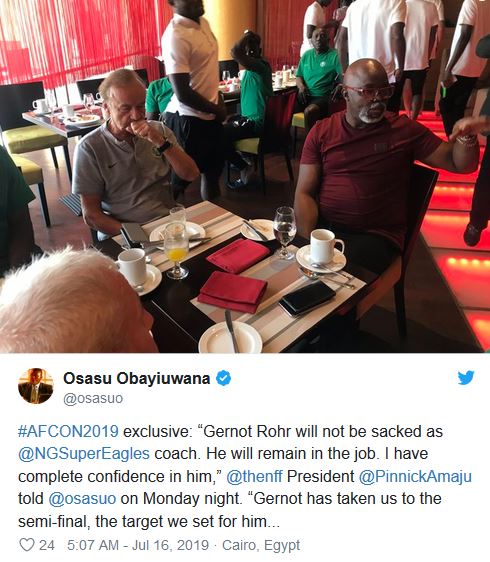 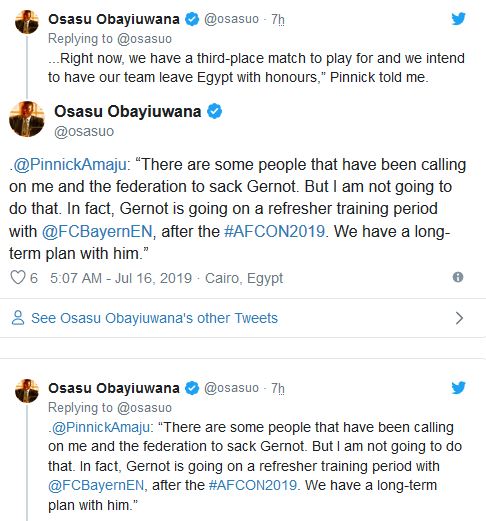 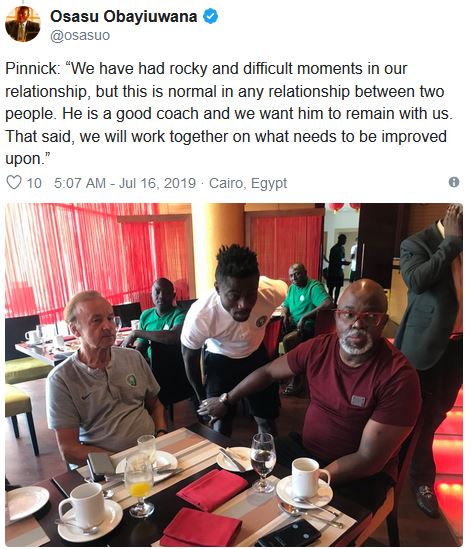