A woman has found herself in serious trouble after she tried to engage her bestfriend's husband in a romp. 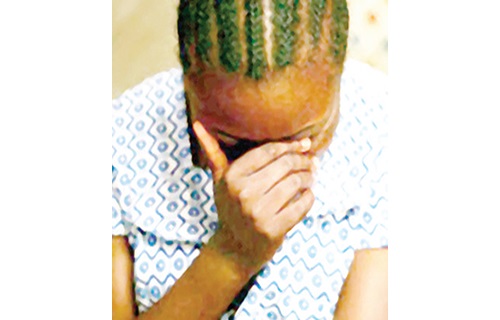 File photo
A housewife, Mrs. Adama Arabi, has landed in trouble after she reportedly attempted to seduce her friend’s husband in order to lure him into a s-x romp, PM Express has reported.
It was gathered that the incident happened at Unguwan Rimi, Kaduna, Kaduna State, where they reside with their husbands and children.
Mrs. Arabi was charged before the Court for allegedly seducing and trespassing on her friend, Fatima Suleiman’s husband. The Sharia Court II sitting at Magajin Gari, Kaduna, remanded her in prison custody for the alleged offence.
It was gathered that the defendant and her friend, Fatima, were close to the extent her friend unconsciously revealed some secrets on her intimacy with her husband which attracted Mrs. Arabi to her friend’s husband. She was said to have exploited the information and started seducing Fatima’s husband and was constantly visiting both the man and her friend in their shop.
She was said to have continually worn seductive clothes that would seduce Fatima’s husband before his wife discovered and reported to the Police.
She was then arrested and charged before the Court for the alleged offence.
She pleaded not guilty.
The judge, Murtala Nasir, ordered that the woman be remanded in prison custody pending when she will perfect her bail conditions.
The judge ordered her to bring a surety, who would deposit N100,000 with the court and ensure that she appears in court on the next adjourned date. The Court adjourned the case till July 25, 2019, for further hearing.
Top Stories