Details have emerged how a lawyer was murdered by his gang members after he failed to share N18m paid by a victim. 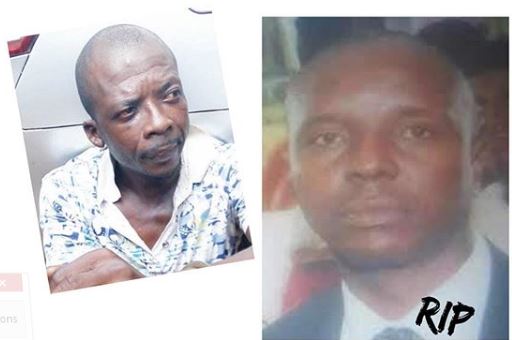 Barrister Emmanuel Emeka Agundu, the branch chairman of the Nigerian Bar Association, NBA, Obollo Afor, Enugu State, was allegedly killed for withholding N18m internet fraud proceeds belonging to a fraudster Kenechukwu Eze and his gang.
The revelation was made on Wednesday when the Enugu State Police Command paraded 33 suspects for their alleged involvement in criminal activities carried out in different locations in the state.
The state Commissioner of Police, Balarabe Suleiman, said Eze and his group shot and killed Agundu on September 2, 2018, and he was arrested on July 10, 2019.
In an interview with newsmen, the 39-year-old member of a five-man gang of Internet fraudsters based in Morocco, revealed the N18m was paid by their victim (maga) into Agundu’s Nigerian bank account.
He said as a fellow member of the group, Agundu’s job was to supply the account the money would be paid into, however, after receiving the payment, he refused to make it available for sharing according to their agreed formula.
The suspect added that the deceased started threatening to report the matter to security agents and that was why the remaining members of the group decided to terminate his life.
Top Stories