He was drunk and riding in the same car with his sister's husband only to find his hand massaging his private part.

Despite the stand of the Nigerian government on homosexuality, some folks have been indulging in it secretly.
This young man here was shocked to have been sexually harassed by his sister's husband who visited him in Europe. He is presently confused and seeking advice from the general public on his next line of action.
He has written to a relationship adviser and blogger, Joro Olumofin as seen below: 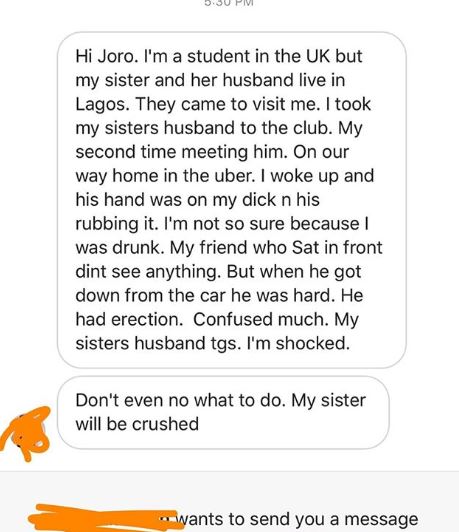