Photo Of Notorious Armed Robber Who Operates In Army Uniform 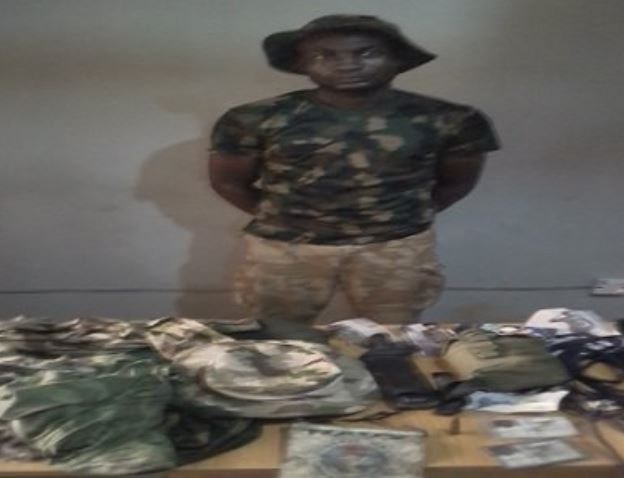 Egbeke Ifeoluwa
A robbery suspect, identified as Egbeke Ifeoluwa, who usually operates in Army Uniform, has been arrested on Sango-Ijoko Road in Ogun State,  according to TheNation.
The suspect was the leader of a robbery gang that specialised in one-chance robbery in different parts of Ogun State and neighbouring states.
According to reports, Ifeoluwa, 25, wore Army uniform to intimidate the public and scare away law enforcement agents.
When his operational vehicle was searched, one live ammunition, two jack-knives, five military vests, one military beret, military gadget and one Navy ID card were found.
Top Stories