Nigerian have expressed displeasure with President Muhammadu Buhari's ministerial nominee list as only seven females appeared in it. 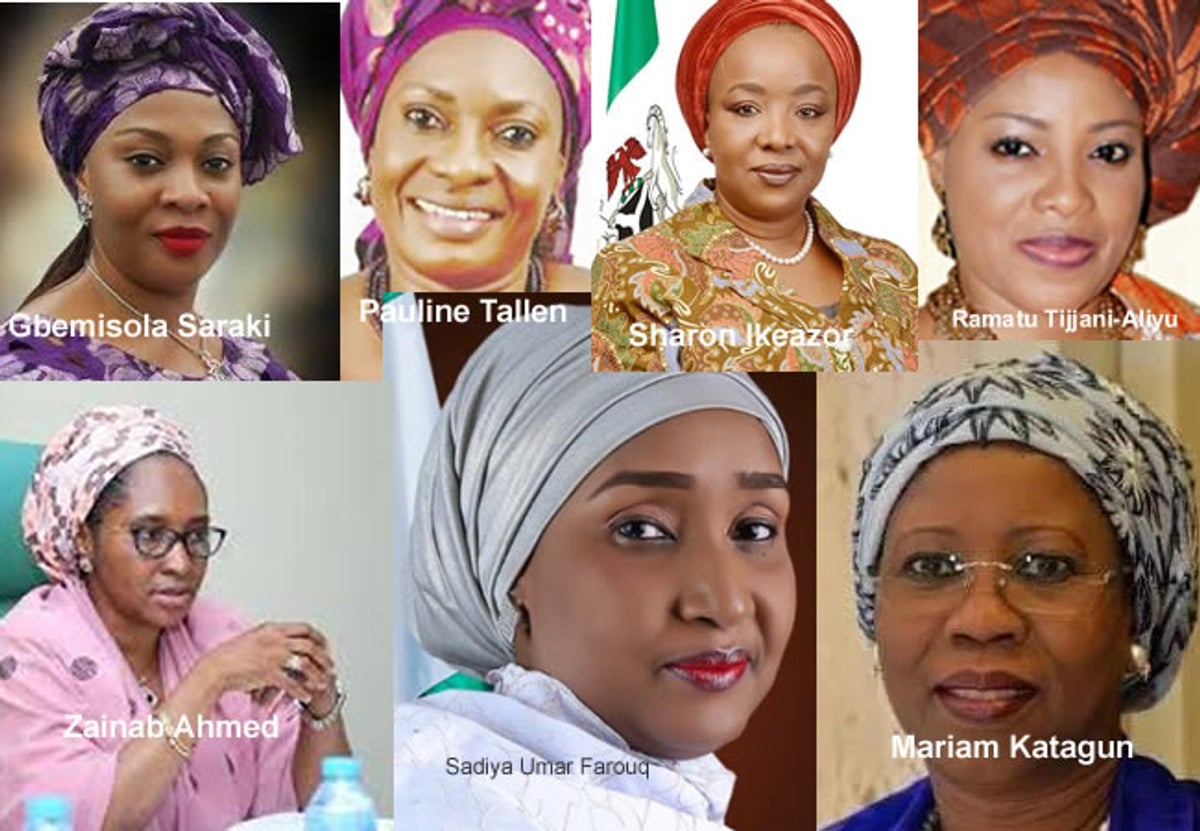 Buhari's female nominees
According to a report by Punch Metro, some women’s rights advocates have criticised President Muhammadu Buhari for failing to fulfill his promise of 35 per cent female representation on his list of ministerial nominees.

The President Muhammadu Buhari Campaign Organisation, during the 2019 election campaigns, had promised 35 per cent participation of women in the Federal cabinet.

Buhari’s campaign organisation, in a document titled ‘Next Level Roadmap,’ had said, “To achieve 35 per cent in female appointments, more youth appointment on boards, special mentoring programme in governance with young graduates working with ministers and other senior government appointees.”

However, out of 43 nominees for ministerial positions, there are only seven women on the list.

The Chief Executive Officer, Nigeria Women Trust Fund, Mufuliat Fijabi, in an interview with our Correspondent, expressed disappointment over the number of women on the list.

Fijabi stated that it was preferable to have had at least 35 per cent representation of women.

She said, “So far, we’ve seen a few names of women on the list and we’re not very happy, because the number of women is not what we expected from the President.

“We would have preferred a situation whereby at least 35 per cent of the list is made up of women.

“We like the fact that he still considered women, but we are not happy with the number. So, we hope that there will still be room for him to ensure that we have a minimum of 35 per cent.

“Sincerely, Nigeria, as we speak today, is not practising what we would describe as inclusive democracy because of the almost absence of women.”

Asked if Buhari had broken his promise to make women 35 per cent of his appointments, she said, “Yes, I would say so. Although he hasn’t given reasons why he did that, in my opinion, he didn’t fulfill his promise.

“He has only appointed a few women, which we thank him for; but he hasn’t fulfilled his promise to the Nigerian people.”

Similarly, a Senior Programmes Officer of the Women Advocate Research and Documentation Centre, Mary George, said the number of women on Buhari’s ministerial list did not portray inclusiveness in his government.

George said, “For us as women advocates, we should be able to see more women on that ministerial list. Unfortunately, by the time we did our count, it was only seven.

“Looking at the 35 per cent affirmative action that we have always been advocating for, and we even did a newspaper publication to encourage government to put more women on that ministerial appointees’ list, we are not happy.

“However, we think that there is always room for government to make an amendment as far as they are committed to issues of gender development in Nigeria. We hope that in the nearest future, we are going to see more of women in such positions.”

Several rights groups had, in recent times, lamented the exclusion of women from politics.

Currently, no woman holds any governorship position in the country, while only 29 women are in the 469-member National Assembly.
Top Stories