My Big Boobs Are Too Sexy And Sweet - Nollywood Actress, Ruth Eze


Up and coming actress, Ruth Eze became a popular face in the Nollywood industry not too long ago and the babe has not been doing badly. 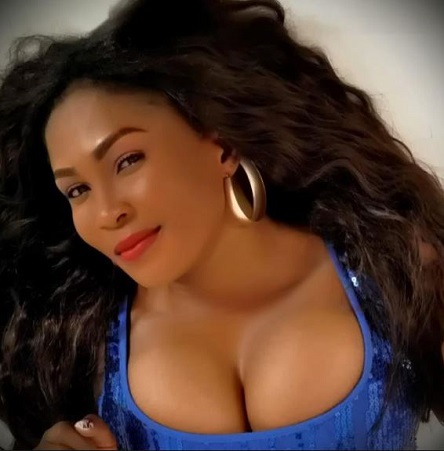 Ruth Eze
Within a short period in the film industry, Ruth Eze has made a name for herself. Now a seasoned actress, ‘Ruthy’, as she is fondly called by close friends, feels she’s not yet fulfilled as a woman.

The actress shares her pains with Inside Nollywood: “After the heartbreaks I’ve had, I can’t remember what being in love is like. Love and relationship is scary to me right now. So, I am just focusing on my career and business. No wedding plans, no relationship. Mr. right is just too hard to find. What we see out there are boys, no men amongst them at all. Boys talk about your money but men talk about the future. However, I am looking out for a man that has a close relationship with God. He must be comfortable financially. He just has to be dark in complexion and must be Igbo.”

When this reporter pointed out to the curvaceous thespian the health challenges she faces for carrying around such big boobs, she assured it’s no big deal.
“I have heard some ladies with plus sized boobs complain that they suffer back pains. Mine do not inconvenience me at all. In fact, my boobs are too sexy and sweet to make me have back pains,” she said.
Top Stories

BBNaija: 'Your Life Is Over After This Place' - Vee Vows To Have Intense S*x With Neo After The Show
Recent Stories