Mr Ogundokun's three friends who live in his apartment with him were not spared as they were also allegedly assaulted by men led by Ganiyu and Owolabi. 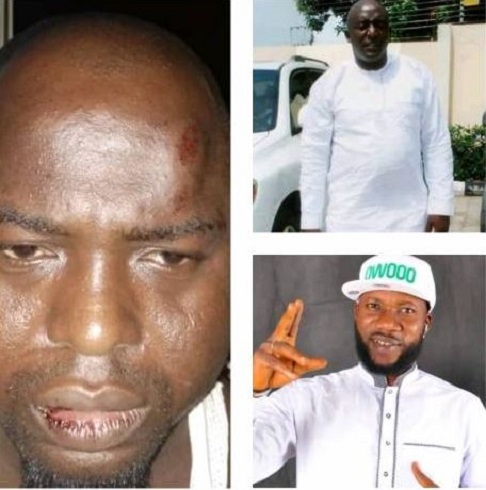 Ganiyu Abolarin and Owolabi Razak, members of the Kwara State House of Assembly, have been accused of injuring one Ogundokun Saheed over his failure to pay rent.

The incident occurred at Tanke area of Ilorin, Kwara State on July 17, 2019.

BarristerNG reports that Ogundokun’s nightmare started at about 10 pm when someone knocked at the gate of the house and he came out to see who it was.

The stranger introduced himself to Mr. Ogundokun as a police officer from A’ Division, Ilorin and informed him that his attention was needed at their station in connection with a complaint lodged against him. Because it was already late, the said officer agreed with Ogundokun to be present at the station by 10 am the next day.

An hour later, there was another knock at the gate, but Mr Ogundokun refused to open the gate for security reasons. However, the men forced their way into the compound, broke the window and removed the burglary. Fortunately, Mr Ogundokun identified Ganiyu Abolarin, his landlord in the middle of the charade.

A source said, "Altercation ensued thereafter between the two of them over the former’s failure to pay rent. While this was going on, Owolabi Razaq, who was there with his colleague, came from the back and grievously assaulted Mr Ogundogun.

Mr Ogundokun’s three friends who live in his apartment with him were not spared as they were also allegedly assaulted by men led by Ganiyu and Owolabi.

After the assault, Ogundokun was reportedly thrown out and led to F’ Division where he was detained on the allegation that they were 'illegal occupants'.

Eyewitnesses say Ogundokun lost consciousness, sustained serious injuries and had one of his teeth removed. He was, thereafter, rushed to Anchor Hospital, Tanke Ilorin by the police.

When he regained consciousness, he was brought back to detention in the midnight by the police Men of F’ Division.

Ogundokun has since filed a petition before the Kwara State House of Assembly.
Source: SaharaReporters
Top Stories