He said the corps members were either found guilty of absconding from their places of primary assignment, PPA. 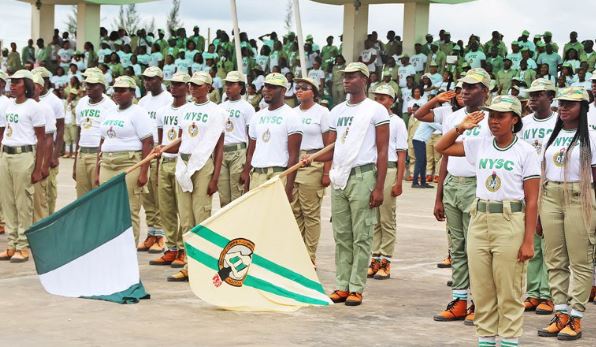 File Photo
The Coordinator, National Youth Service Corps, NYSC in Kano, Alhaji Ladan Baba says no fewer than 22 out of the 2018 Batch B Stream ll Corps members that served in the state are to repeat their service year.
Baba made this known in an interview on Thursday in Kano.
He said the corps members were either found guilty of absconding from their places of primary assignment, PPA for at least three consecutive months or beyond aside other serious offences.
“A total of 1,718, of the 2018 Batch B, Stream 2 corps members passed out from Kano today in a low key winding up passing out organised in the four zonal offices in Wudil, Bichi, Kura and at the NYSC Secretariat in the city,” he said.
According to him, 18 out of the batch were to serve extension of service for between three weeks to four months, while few of them have been shortlisted for honours Award and commendation.
Baba commended the outgoing corps members for their contributions to the development of the state, especially in the area of education, health, agriculture, rural infrastructure and the recently concluded general elections.
He advised the corps members to continue to practice the Skills Acquisition and Entrepreneurship Development Training embarked on during their service year.
He also called on parents to dedicate some percentage of the tuition fees earlier given to their wards to establish genuine businesses relevant for self reliance.
Top Stories