The story has been told of how retired Super Eagles player, Odion Ighalo rescued his teammates who were broke during the AFCON. 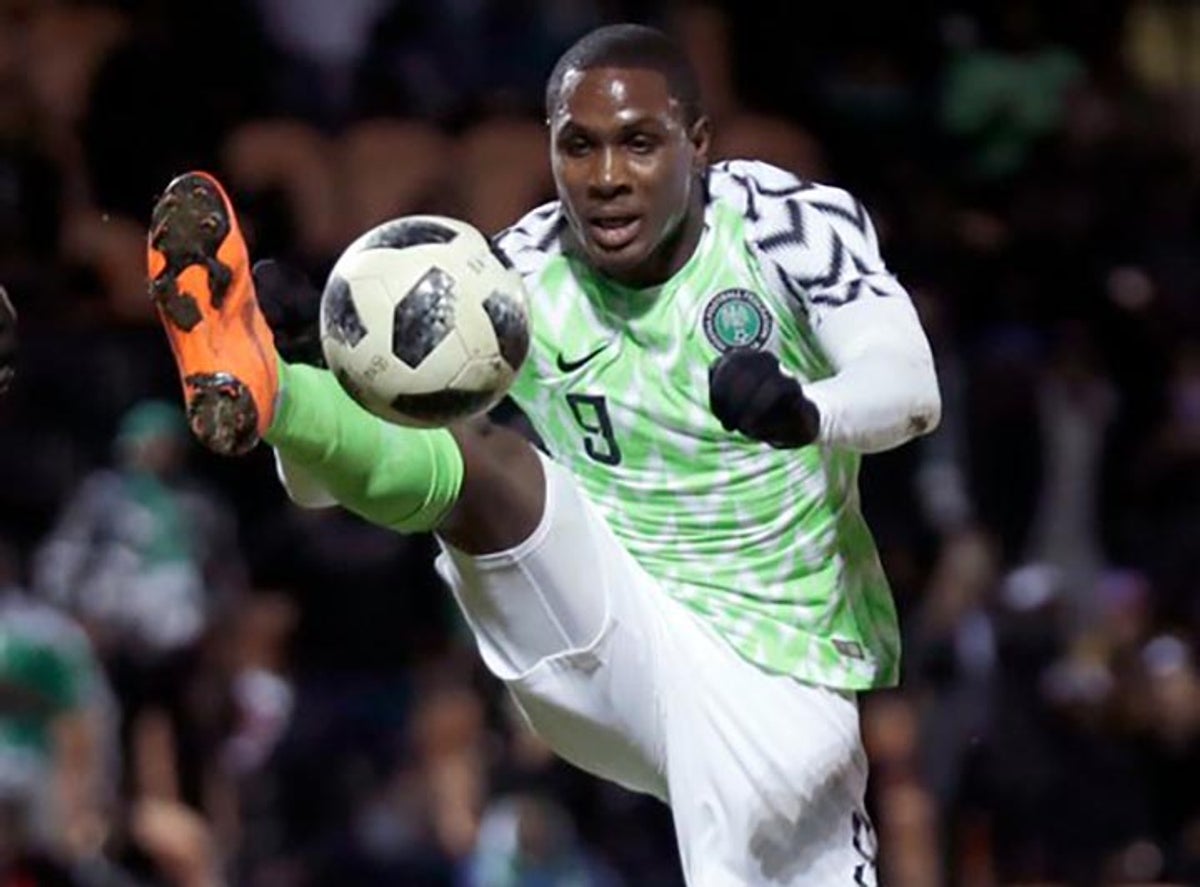 Odion Ighalo
Retired Super Eagles striker OdionIghalo was the saving grace in Egypt as he rescued broke members of the national team, who were unable to reach their families while competing at the 2019 Africa Cup of Nations, Gernot Rohr told Sports Extra in an exclusive interview.

Rohr, while lamenting Ighalo’s decision to quit the Eagles, after emerging top scorer at the AFCON with five goals, told our correspondent that the striker always exhibited his love for everyone in the team, and shouldn’t have retired when he did.

Citing an instance when the Shanghai Shenhua striker displayed his love for the team, the German coach said it was Ighalo to the rescue when broke players and officials couldn’t communicate with their families from Egypt, buying Subscriber Identity Module cards and airtime for 39 members of the squad in Alexandria.

“You know that I have a very close relationship with this player (Ighalo); the situation at the (2018) World Cup and after the World Cup drew us very close together,” Rohr told our correspondent in Lagos, just before returned to Germany.

“He spoke to me before the tournament, about his desire to retire, I told him to wait, think about it, take rest after the World Cup, but the information came out.

“I still believe that after some time (Ighalo will return to the team), because he loves his country, he loves his teammates, he has so many friends. He was able to buy the SIM cards for all the players and officials, when some players didn’t have any money after three or four weeks. He bought SIM cards in Egypt because some players could not call their families, he was the one who bought the SIM cards with credit for everybody, for the 39 people.

“This is such a fantastic man, and so we will miss him very much if he is not coming back but we will see perhaps he is not definitive.”
Top Stories