A court in Ilorin has sentenced two internet fraudsters to prison for engaging in fraud. 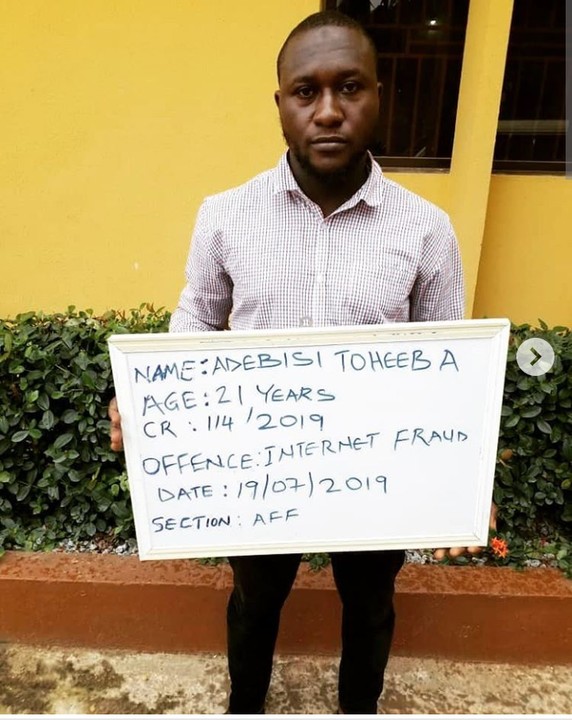 Adebisi Toheeba
The Economic and Financial Crimes Commission, EFCC Ilorin Zonal Office on August 2, 2019 secured the conviction Olorunwa Okikiola and Adebisi Toheeb, both students of the Kwara State Polytechnic, Ilorin for offences bordering on internet fraud.
The Charge against Olorunwa reads: “That you, Olorunwa Okikiola, sometimes in June 2019 or thereabout at Ilorin, Kwara State within the jurisdiction of this Honourable Court attempted to commit an offence by pretending and representing yourself to be a white man in love with a white woman, Pearl Mills as it is contained in your gmail account:[email protected] and thereby committed an offence contrary to Section 95 and 321 of the same Penal Code law and punishable under Section 322 of the same law.”
The charge against Adebisi reads: “That you, Adebisi Toheeb Adedayo, (alias James Read) sometimes in January 2019, at Ilorin within the judicial division of the High Court, did attempt to cheat by personation, when you pretended to be one James Read , a white Caucasian male, with gmail account,[email protected] and in a love relationship, a representation you knew to be false and thereby committed an offence contrary to Section 95 of the Penal Code and punishable under Section 324 of the same Penal Code.” 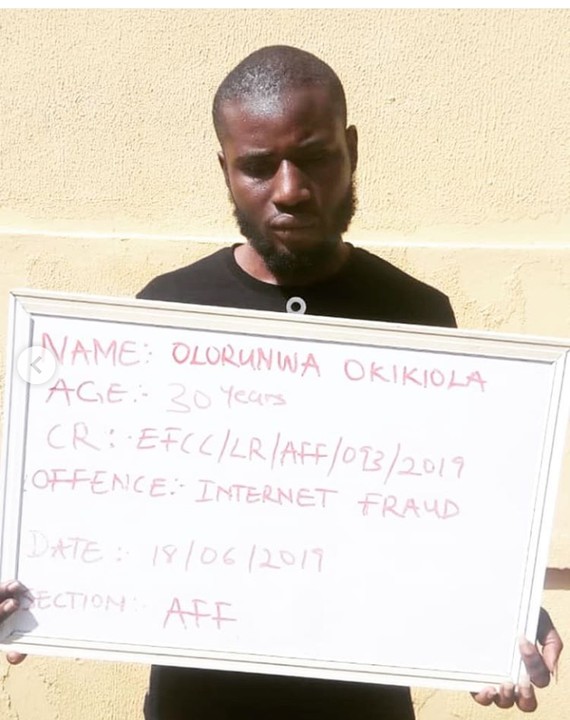 Olorunwa  Okikiola
Olorunwa was convicted and sentenced to six months imprisonment by Justice Sikiru Oyinloye while Adebisi was sentenced to six months imprisonment by Justice Mahmood Abdulgafar, both of the Kwara State High Court, sitting in Ilorin.
They were also ordered to forfeit mobile phones recovered from them to the Federal Government, while authorities at the Madala Prison were ordered to facilitate how Adedayo would write his second semester examination.
Top Stories