How I Saw Hell In The Hands Of Herdsmen - Ex-Commissioner's Brother, Ayogu Recounts Ordeal


A brother to a former Enugu commissioner, Nathaniel Ayogu has narrated his awful experience in the hands of kidnappers. 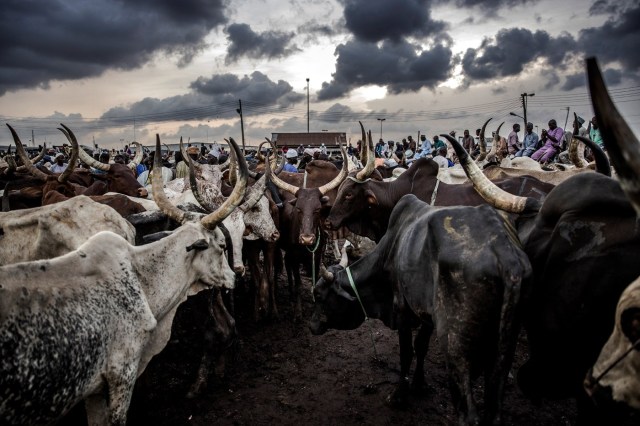 File photo
Nathaniel Ayogu, younger brother of Enugu State’s former Commissioner for Environment, Ambassador Fidel Ayogu, has recounted his ordeal in the hands of herdsmen.
Nathaniel, who rejoined his family on Friday after he was freed by kidnappers, said he trekked on barefoot for three days in the bush without food or water. He spoke to Vanguard at his country home, Egu Ego Umuopu, in Igbo-Eze North Local Government Area of the state yesterday, adding that he was tied to a tree and abandoned each time it rained, while his abductors covered themselves with waterproof materials.
Nathaniel said one of the gunmen told him that he joined kidnapping business to fend for himself, as his late father’s cattle were shared when he was still a teenager without him getting any, a situation which the gunman said exposed him to economic hardship.
However, while he has reunited with his family, his friend, late Job Ali, who was with him when the gunmen stormed his house was not lucky as he died last Thursday at the University of Nigeria Teaching Hospital, UNTH, Ituku Ozalla, from gunshot wound he sustained from the hoodlums.
Nathaniel told Vanguard: ”My friend, late Job Ali, visited me at about 5p.m. in the evening on the day I was kidnapped. We had finished drinking, when he told me that he wanted to leave.

“I pleaded with him to exercise patience so we can eat and stroll together. He just came out to ease himself and met the hoodlums. They started shooting sporadically and shot him on the stomach.

“I stood up when I heard the sound of gunshots. I noticed that they have cordoned off my house. They had Army , and AK-47 rifles. They were six in number. Then, I decided to run for my dear life.

“One of them chased me and threatened to shoot me. When I looked back, I saw one of them holding my child. This made me to come back to meet them.

“The one that chased me continued to threaten to shoot and I dispossessed him of the gun, but I fell down in the process and he collected it back from me.

“At that time, his members have ransacked my house, taking all my money. They started beating me with machetes and ordered me to follow them. I asked them where they were taking me to and they said ‘Let us go and see Oga’.

“They dragged me into the bush and we started the journey from there. This was happening at about 7p.m. in the evening.

“When we got to the bush, they told me that they were kidnappers and demanded that I should cooperate.

“They asked me to call my brothers, that was when I told them that I was the eldest son.They gave me my daughter’s phone, which they took from the house, and I called my wife to inform her that I am alive.”
Top Stories