Ms Meyer announced this in a tweet on Tuesday and Nigerians have taken to the microblogging platform to support her. 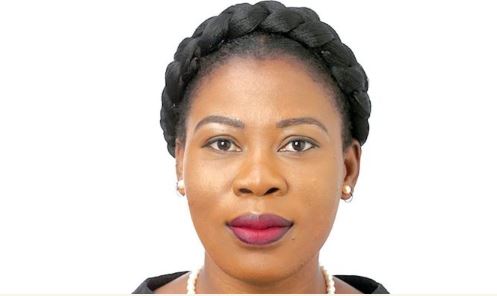 Ruona Meyer
Nigerian journalist, Ruona Meyer, has received an Emmy nomination for her investigative documentary, Sweet Sweet Codeine.
Ms Meyer announced this in a tweet on Tuesday.
“Guys, I am still taking it all in but…here goes: Sweet Sweet Codeine has just got an #emmys2019 NOMINATION for News and Current Affairs, the FIRST for the BBC World Service and #Nigeria! CONGRATULATIONS, Team Africa Eye!” she wrote.
She continued: “But seriously… CONGRATULATIONS to you, my fellow Nigerians. This is Nigeria’s first Emmy nomination so the celebration is for us all!     .”
It would be recalled that Sweet Sweet Codeine was released in 2018.
Helmed by Ruona Meyer, BBC Africa Eye and BBC Pidgin went undercover understand how codeine cough syrup became a menace. 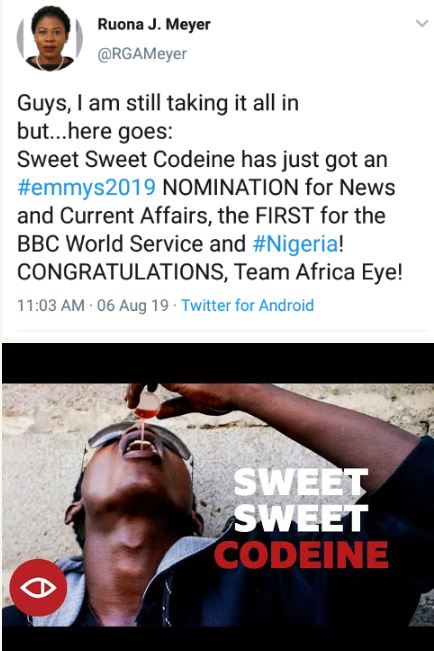