The 33-year-old's move caused anger among Gunners fans but he took to social media to stress that it was time to return to his homeland. 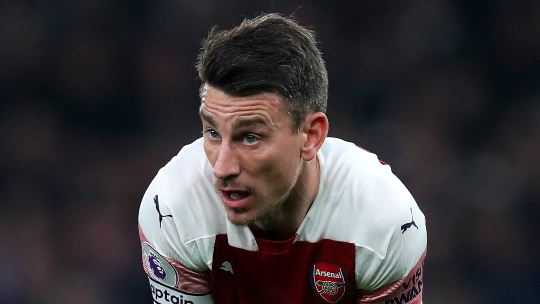 Laurent Koscielny
Laurent Koscielny says he decided to leave Arsenal months ago after much consideration as the centre-back completed a €5 million move to Bordeaux.
Although Arsenal tried to convince Koscielny to stay for the final year of his contract, the 33-year-old opted to return to his homeland after nine seasons with the Gunners.
Koscielny’s move caused controversy among Arsenal fans as the captain refused to travel with the squad for their pre-season tour of the United States as he tried to force through a move.
The last-minute announcement that he would not join the squad prompted the club to open disciplinary proceedings.
The defender took to social media after completing his return to France to explain that felt the time was right to leave north London and believes this is a turning point in his life.
"As you know I engaged with [Bordeaux]. After nine years spent at Arsenal, I took the decision to leave," he wrote in an Instagram post.
"I have spent wonderful years with this club, nine years during which I learned, evolved, grew up.
"This experience made me the player I am today. My decision to leave has been discussed for months with my club, my team-mates, my coach, and it has been a well thought decision.
"I see this departure like a new turning point in my life as a player but also in in my life as a man and a family man.
"However I hope you understand, and in any case I cannot be thankful enough for these years past at Arsenal.
“I am aware of everything that the club and you supporters have brought to me. But it is time for me to go home so today my will is to join [Bordeaux]. This is a new challenge that I count on taking with determination."
Koscielny joined the Premier League side from Lorient in 2010 and made 353 appearances in all competitions, winning the FA Cup three times and reaching a Europa League final in his time at the club.
Arsenal are trying to buy a new centre-back before the transfer window closes on Thursday and have identified RB Leipzig star Dayot Upamecano as a potential signing, though he is expected to cost around £70m ($85m).
Top Stories