E News reports that Collier made the confirmation during Fox's Television Critics Association tour on Wednesday. 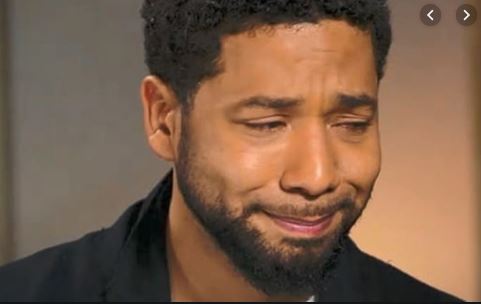 Jussie Smollett
The CEO of Fox Entertainment, Charlie Collier, has confirmed that controversial actor, Jussie Smollett, will not be returning to the final season of Empire.
E News reports that Collier made the confirmation during Fox’s Television Critics Association tour on Wednesday.
He indicated that the decision not to bring back Smollett was made in co-ordination with the network’s partners.
Collier also said that many things affected the decision, including discussions with those involved in creating the show.
”In case like this, you try to get all the information and make a good decision.
“Creator Lee Daniels is right, there’s no plans for Jussie to return to Empire.
“Typically, it’s about gathering right info and making sure we’re making the right decisions,” he said.
Smollett, who has played musician Jamal Lyon in Empire series, was earlier arrested for allegedly filing a false report claiming two Nigerian brothers, Olabinjo Osundairo and Abimbola Osundairo, attacked him in an alleged homophobic and racist hate crime in Chicago.
Chicago Police Command later confirmed that the 37-year-old actor paid the Osundairo brothers $3,500 to orchestrate the incident.
The charges against him were however dropped at the end of March after he pleaded not guilty to allegations that he lied to police.
Top Stories