The findings revealed that the transactions involving the firms implicated in the power contracts were characterised by absence of due diligence. 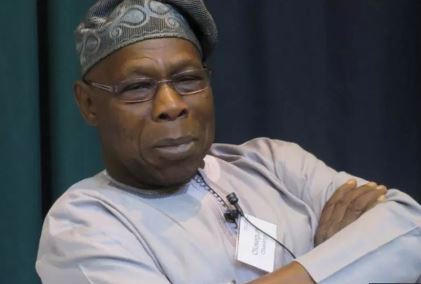 Olusegun Obasanjo
The Economic and Financial Crimes Commission (EFCC) has begun the probe of the $16 billion power project of the administration of former President Olusegun Obasanjo.

There had been conflicting figures on the exact cost of the project as some people put it at $16 billion while others say it is $13.8 billion.

It was gathered last night that the anti-graft agency may arrest key contractors involved in the power project scam which extended beyond the Obasanjo administration into those of former Presidents Umaru Yar’Adua and Goodluck Jonathan.

It was also learnt that about 18 top former and serving public officers, including two ex-ministers, may be questioned.

Also likely to be interrogated by the EFCC are some top officials of the Central Bank of Nigeria (CBN).

Preliminary investigation revealed that Rockson Engineering Limited got a chunk of the contracts worth about $2 billion.

The findings revealed that the transactions involving the firms implicated in the power contracts were characterised by absence of due diligence.

A reliable source in the anti-graft commission said a team of crack detectives had been put in place to interrogate the people involved in the scam.

The source said: “The operatives of the EFCC have launched a massive investigation into the alleged $16 billion power scam between 2006 and 2011 just as concerted efforts are being made to recover the humongous funds allegedly diverted into private pockets by different firms involved in the power project.

“The whole power project is $16 billion and anchored on generation, transmission and distribution.

“The project is being handled by the Niger Delta Power Holding Company (NDPHC).

“It is instructive to note that the NDPHC belongs to the three tiers of government, namely the Federal Government, state and local governments.

“Investigators also discovered that most of the firms that secured contracts under the power project collected huge sums in naira and dollars but did not perform up to 30 per cent before abandoning the project.

“Incidentally, most of the payments took place during the regimes of former Presidents Olusegun Obasanjo, the late President Umaru Yar’Adua and Goodluck Jonathan.

“The first amount released from the Excess Crude Account was about $8.3 billion.”

Another source claimed that some of the contractors will soon be invited by the EFCC for interrogation.
Top Stories